Top Posts
WWE 2K22 WrestleMania game teaser shows dedication to...
Here’s how you can download latest version of...
Samsung Galaxy Quantum 2 leak shows 6.7-inch Dynamic...
DJI officially launched its intelligent driving business brand...
Download the latest global version of Call of...
Clash of Clans: Here’s how to download latest...
How do I get FAU-G Mobile game on...
Among Us ‘Airship’ update arrived with latest features,...
How to download PUBG Mobile 1.3 Metro Royale...
Google will shut down its mobile shopping app...
MIUIPhones

On February 08, 2021, Xiaomi launched its high-end flagship, Mi 11 for the Global market, which was launched in China at the end of December. Earlier, we also reported that the lite version of Mi 11 received the FCC and NBTC certification.

On the SIRIM certification website, the Xiaomi Mi 11 Lite appeared alongside the M2101K9AG model, which belongs to its global version. The listing shows that it supports Wi-Fi 802.11ac, NFC, GPS, and VoLTE.

On the other hand, the SIG certification indicates that the M2101K9AG model belongs to the Mi 11 Lite that supports Bluetooth 5.2 connection.

The BIS certification confirmed that the launching of Mi 11 Lite with the model number M2101K9AI in India. Previous leaks also indicate that that the Mi 11 Lite has a 120Hz LCD panel and may be equipped with a side-mounted fingerprint reader.

Mi 11 Lite could be powered by the Snapdragon 732G Soc and the rear camera setup includes a 64-megapixel main camera, an 8-megapixel secondary lens, and a 5-megapixel. 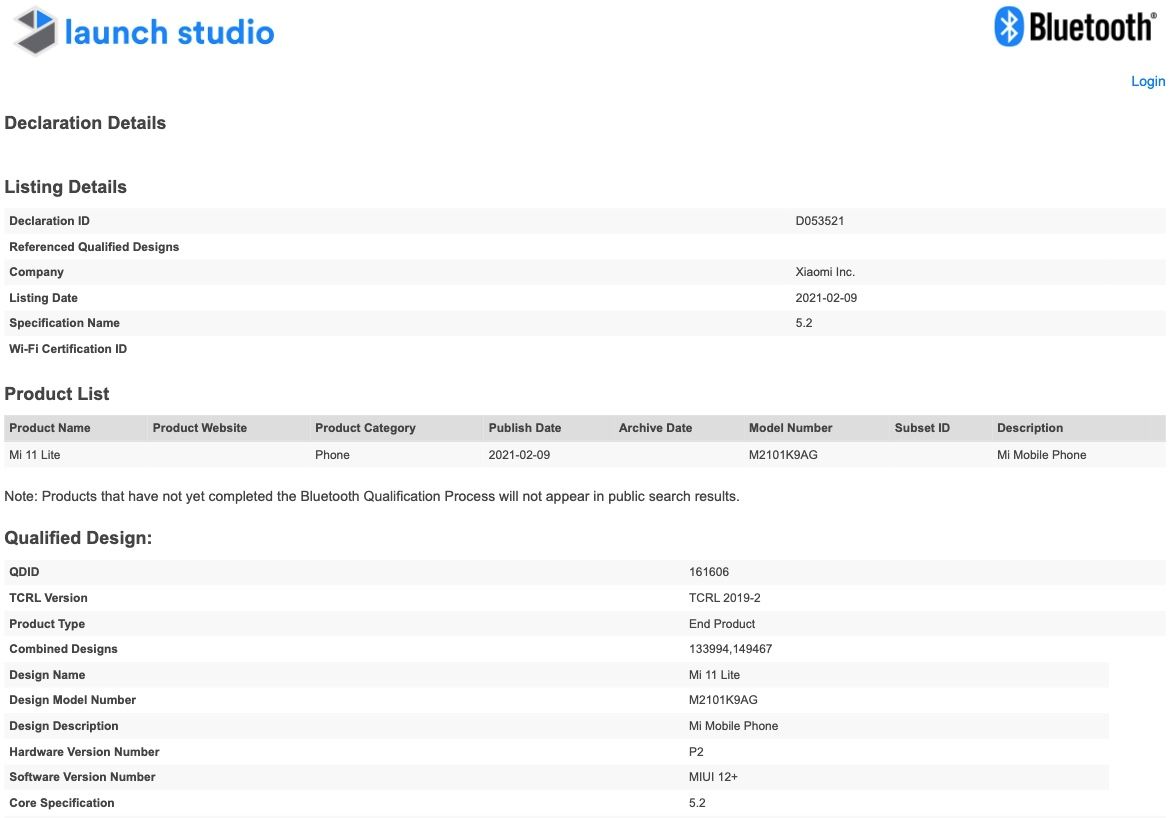