Just recently, a Weibo blogger has shared a CAD image of the upcoming Xiaomi Mi 11 Pro. The image reveals the dimension of this device.

As per the CAD render, the diagonal length of the screen is 171.77mm. It also seems that the bezels of the Mi 11 Pro are indeed narrow. However, the image doesn’t give full information about the dimension. 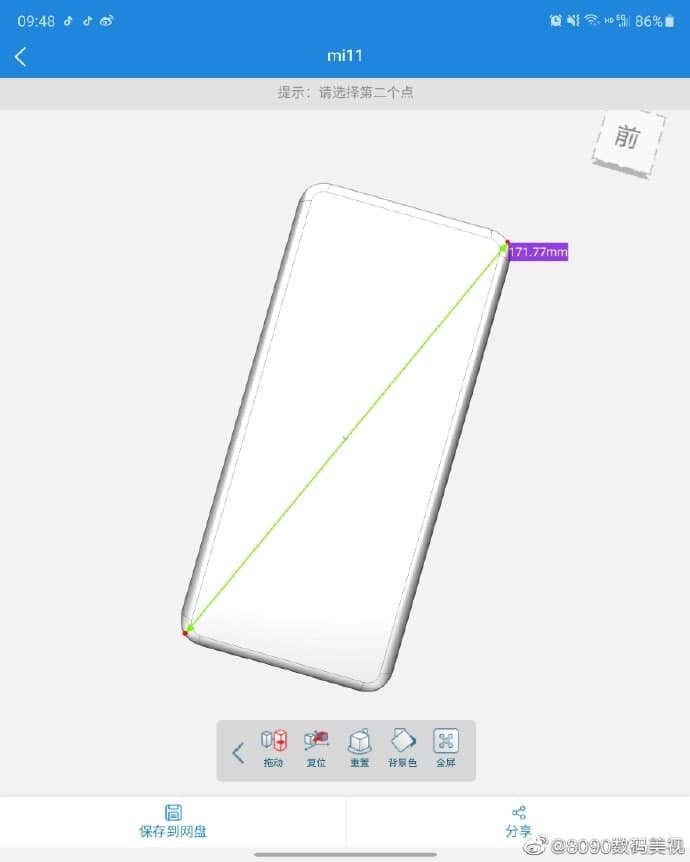 Previously, we reported that the Mi 11 series won’t use a centered single-hole design and a waterfall screen. It will feature a quad-curved screen with a hole in the left upper corner.

Earlier, the leaked image shows that the Mi 11 Pro will offer a quad-camera setup. The company appears to have opted for a horizontal camera matrix and the module is placed in the top-left corner.

While the company has not announced the launch date but it is expected to launch later this month. Xiaomi has yet to reveal more information and an official date of launch.