Recently, Xiaomi patented a foldable phone with a triple-fold (Tri-fold) design which is similar to the patent leaked for Samsung Galaxy Fold 3. As per the previous reports, the company is also working on a Wrap-around display smartphone.

Now, here’s the new patent for Xiaomi’s upcoming smartphone. It is related to a unique pop-up camera module that can be used to capture regular and selfie pictures or videos.

According to LetsGoDigital, the company called it an “Electronic device and concealed camera” and it was approved on January 7, 2021. 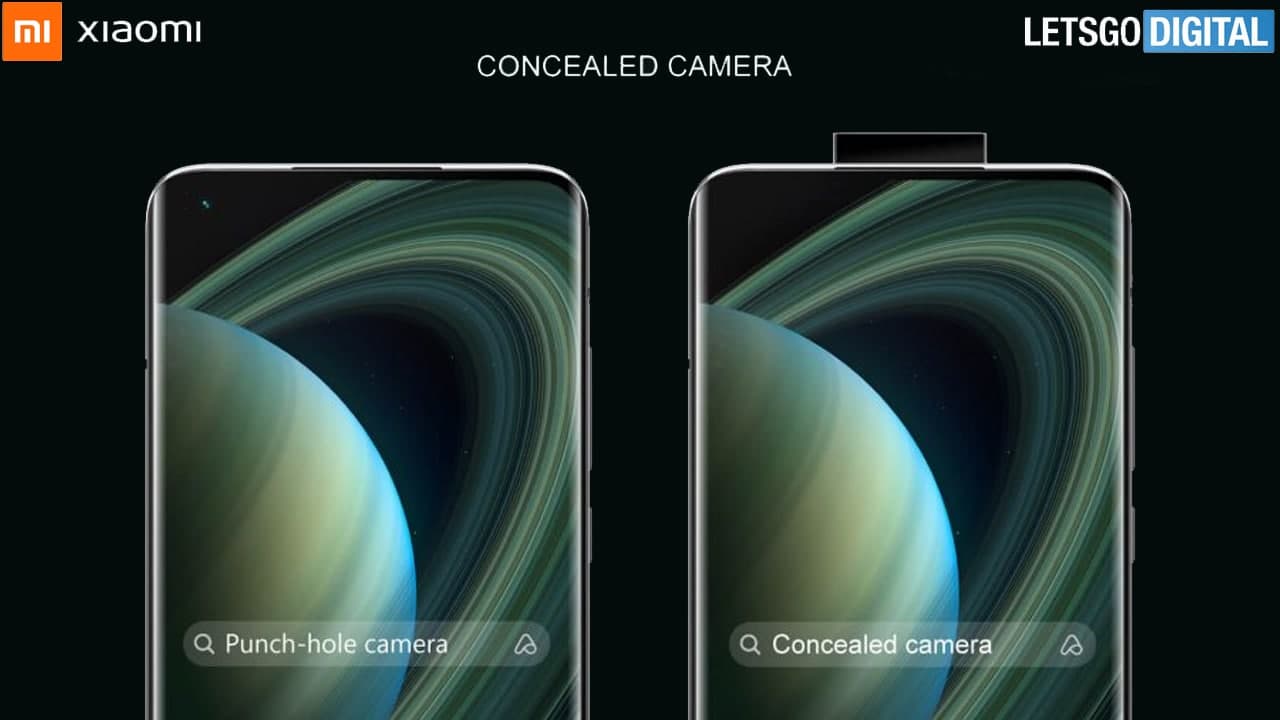 The pop-up camera module is different from other modules because the sensor inside the module is upside down instead of sideways and it uses an adjustable mirror to capture and record video.

Since mirrors have versatility with the aid of a motor, the same camera sensor can be used to click standard images and selfie images/videos. Moreover, users can adjust the mirror as needed to click pictures or record videos, which is not achievable with the regular camera setup.

In other words, we do not see Xiaomi implementing this technology in commercial smartphones. This is because it plans to launch smartphones with cameras under display in the near future. However, companies can use this pop-up camera in the concept device.