Xiaomi’s Redmi Note 11 series will be officially launched on October 28 at 19:00, and the Redmi Watch 2 smartwatch will also arrive. Now, according to a well-known tipster, that it should come as no surprise that the Redmi Note 11 Pro series achieves 8.34mm. Several previous models can see Xiaomi’s stacking progress. 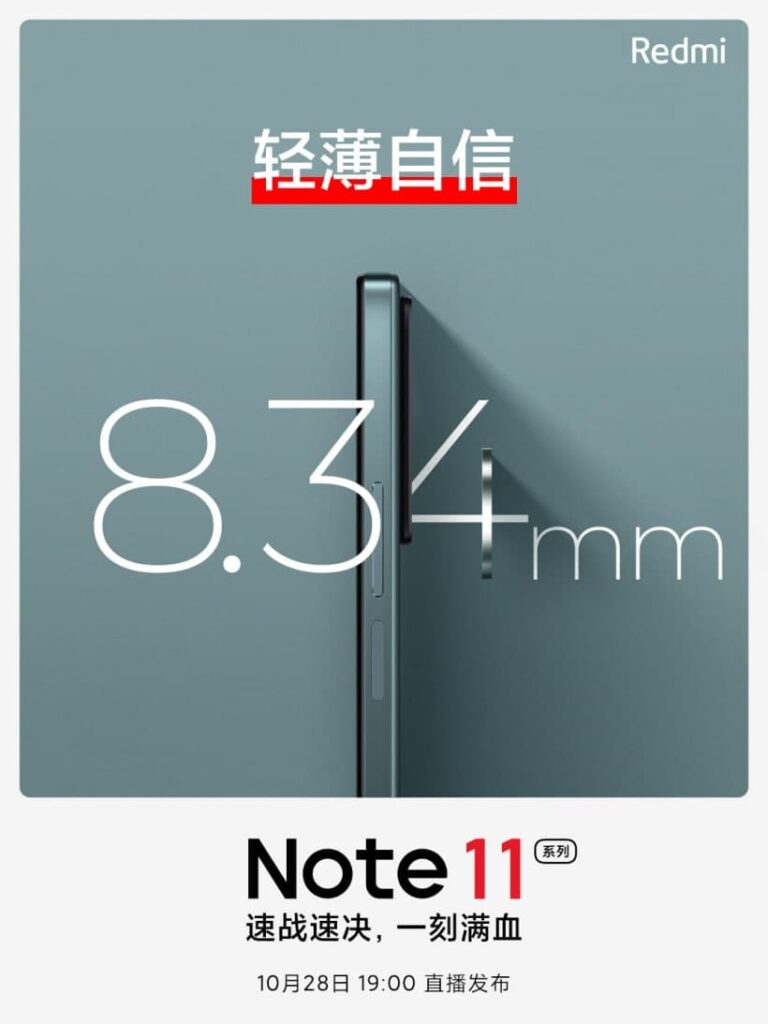 Recently, the Redmi Note 11/Pro has been officially launched in the Xiaomi community, which represents an official confirmation of the names of the two phones.

The Redmi Note 11/Pro mobile phone will use side fingerprint recognition, three rear cameras, and front-centered. Xiaomi Wang Teng said that the AG glass back cover will be used in the device.

According to previous reports, this phone will also be equipped with JBL dual speakers, a 3.5mm headphone jack on top, and infrared remote control. It is also expected to support 120W fast charging.