Recently, Xiaomi’s sub-brand Redmi officially confirmed that the company is going to launch RedmiBook Pro along with the Redmi K40 series on February 25, 2021.

As per the latest information, Mi Notebook has officially shared a poster and announced the upcoming RedmiBook Pro ‘good screen invitation’. The new laptop could come with a tenfold lens. 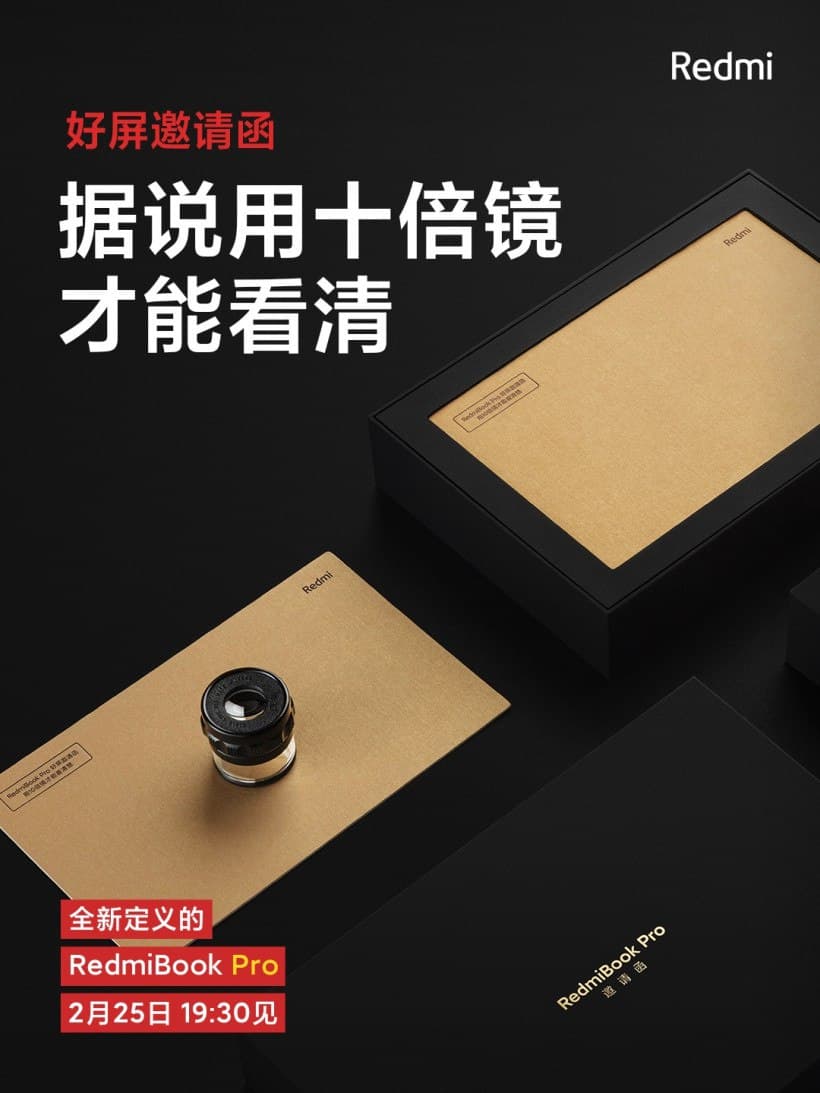 In the poster, ‘Good Screen’ is written which means that the upcoming RedmiBook Pro will come with the most Pro screen in the RedmiBook ever.