On December 28, Xiaomi will unveil its new high-end smartphone – Mi 11. It will be the first smartphone to carry the Snapdragon 888 processor and LPDDR 5 full blood version.

Recently, Xiaomi Mi 11 leaked live images shows the front and the back appearance of the smartphone. These images also revealed that the upcoming Mi 11 equipped with a triple rear camera setup in a square shape hosting, and an LED flash.

The chairman and  CEO of Xiaomi, Lei Jun has announced the appearance of the Xiaomi Mi 11 packing. It can be seen that there is no charger in the packaging. 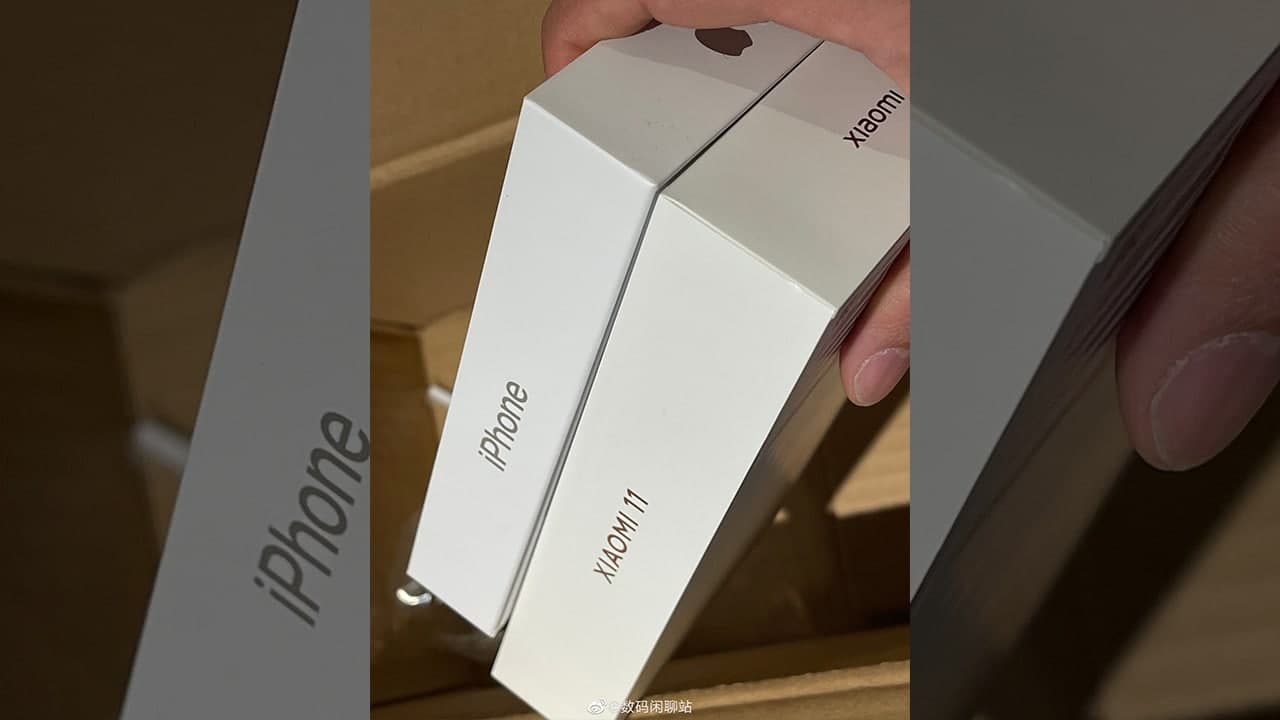 It is expected that Xiaomi can adopt a different design of mobile phones and charger data cable, allowing users to require a charger and users not needing a charger.

Like Apple, Xiaomi also removed the charger from the Mi 11 packing box. As per the recent leak on Weibo displays two box packaging. One of them is the iPhone which should be related to the recently launched iPhone 12 series. However, the second one Xiaomi Mi 11.

The tipster suggests that the box of Xiaomi’s 2021 flagship is as thin as the packaging of the phone so,  the box may be null by an in-box adapter.

Recently, we’ve reported that Mi 11 will achieve a new breakthrough in high-end screens. This smartphone is equipped with the top screen ever made by Xiaomi and it can also be the most expensive screen industry.

Moreover, this flagship will come with a 108MP sensor in the back of the phone along with a 13MP ultrawide camera and a 5MP macro camera. It is also listed with 12GB of RAM which should be the uppermost version in terms of memory configuration.

Check the live images of Xiaomi Mi 11 ahead of launch

[UPDATE: Global rollout] Samsung is rolling out stable Android 11-based One UI 3.0 update to the Galaxy S20 FE