Caught in the wild: Has Xiaomi started public testing of its upcoming foldable phone?

According to the latest information, a Xiaomi smartphone spotted in the hands of a user in the Chinese metro, similar to the one shown a few years ago by Xiaomi’s vice president, but the device has a larger display.

The leaked image shows that the device is an engineering prototype that is slightly covered with a protective case. However, the actual post has been deleted from the Chinese social networking site – Weibo, yet we have the leaked images. 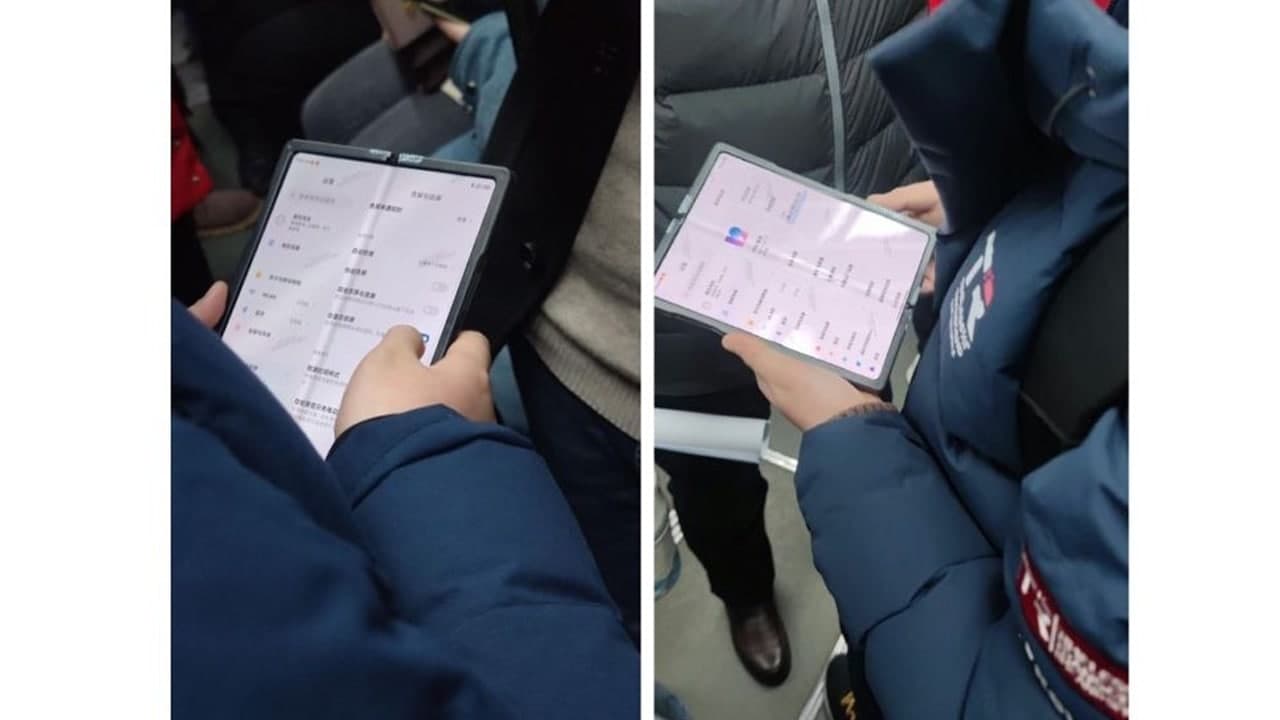 The in-folding design used by the device is similar to the Galaxy Z fold. The images also show that the device runs MIUI 12 OS. As per its size, we assume that the device will be very large even when folded. But it could be one of several foldable phone models that Xiaomi is developing.

Earlier, we also reported that Xiaomi could launch three types of foldable smartphones in the coming year. The first one will fold, the second one will fold and the third one will clamshell.

Vivo X60 Pro+ set for the launch on January 21, may come with Snapdragon 888 SoC