Xiaomi sub-brand Redmi will launch Redmi Note 11 series on October 28 in China. Ahead of its launch, the company has started sharing some promo-poster, that revealed some of its specs information.

Today, the Chinese tech giant has shared a new warm-up poster on its official Weibo account. According to an official poster, the Note 11 series supports 120W magical second charging, which is referred to as the “industry charging power ceiling”. 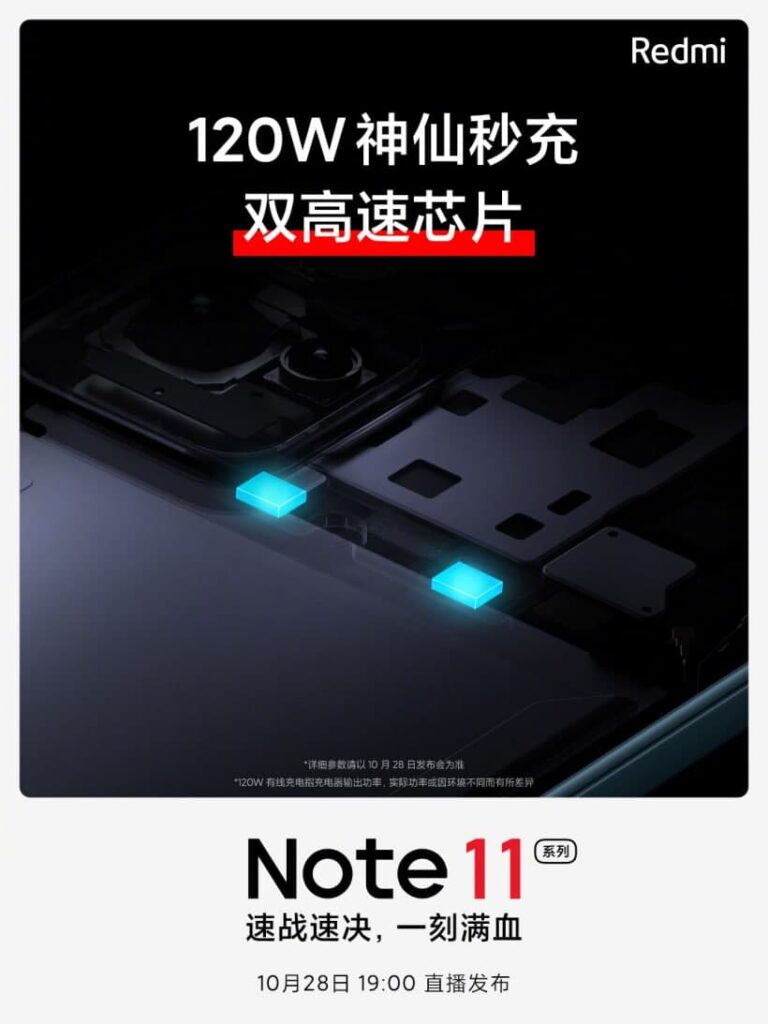 It’s also a high-profile 120W fast charge. The “dual cell + dual charge pump” solution is adopted to reduce the voltage of the single-cell and make the charging safer by low resistance and low heat output.

Redmi brand general manager Lu Weibing once said that the Note 11 believes in the principle of working hard to create miracles. To be honest, the upcoming series is reborn Note.

Lu Weibing asked to break down the definition and reborn. Based on reasonable prices, Redmi focuses more on creating a feeling that makes users scream.