Samsung launched a Galaxy A23 in March this year, which is a 4G mobile phone equipped with the Snapdragon 680. Now, the Samsung Galaxy A23 5G model has appeared on Geekbench. Judging from the model number SM-A236U of this phone, it seems to be the US version. 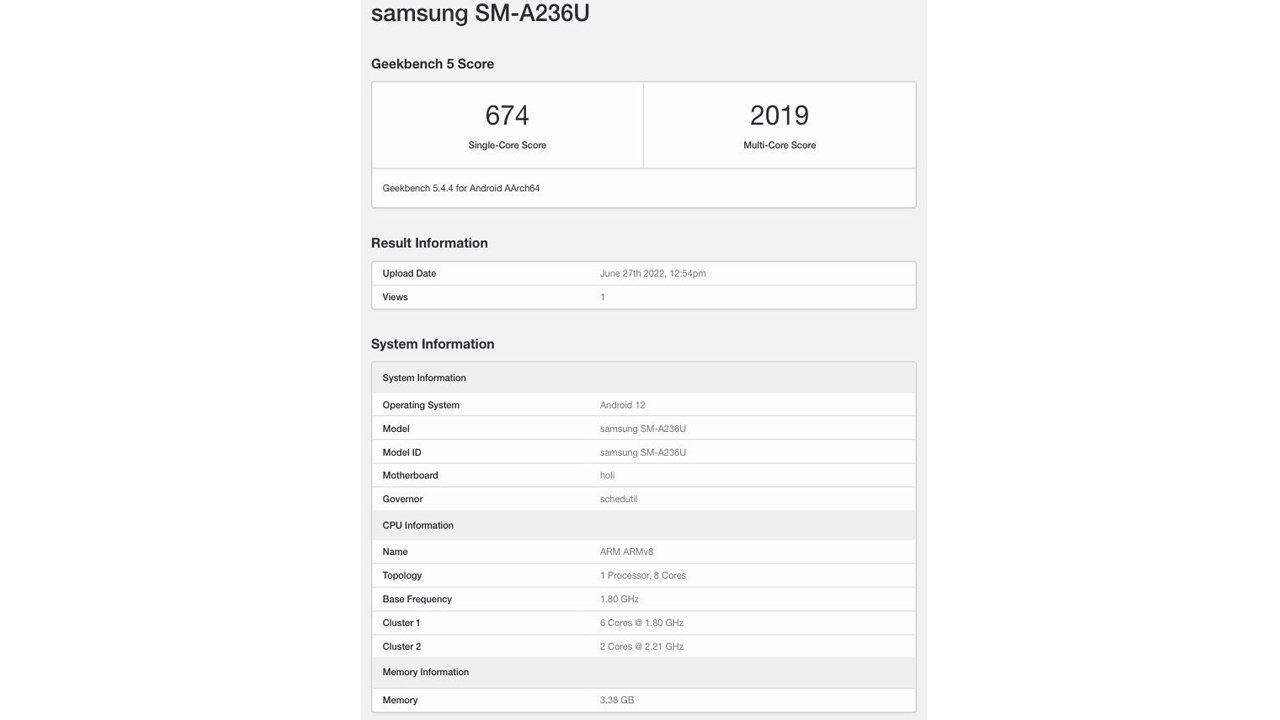 Moreover, Geekbench information shows that the phone runs Android 12 (One UI 4), has 4GB of RAM, and scores 674 and 2019 for single-core and multi-core, respectively. According to previous reports, the Samsung Galaxy A23 series phones will be fitted with a 50MP main camera and are expected to be provided with a large 5000mAh battery.

In addition, it will use a 6.55-inch display, which is larger than the 6.6-inch FHD+90Hz LCD screen of the 4G model and supports 25W fast charging.