Samsung has started sweating over a fresh upcoming wearable – Galaxy Watch 5 Pro, meanwhile, a bunch of new renders is appearing on the social platforms. These renders are displaying a new concept that the company is trying to implement on the next premium product.

The concept creator HoiINDI has brought some new renders that give us the very first look at the Samsung Galaxy Watch 5 Pro. To our surprise, the Korean tech giant has ditched the traditional standard model in the 5th series and has leaned towards a Pro variant.

According to the images by HoiINDI, the Pro model will initiate similar roundup designs as found in the earlier watch versions. However, a new implementation is the thin bezels around the wearable. Besides, the watch consists of two push-up buttons, (Home and Back) on the right side. 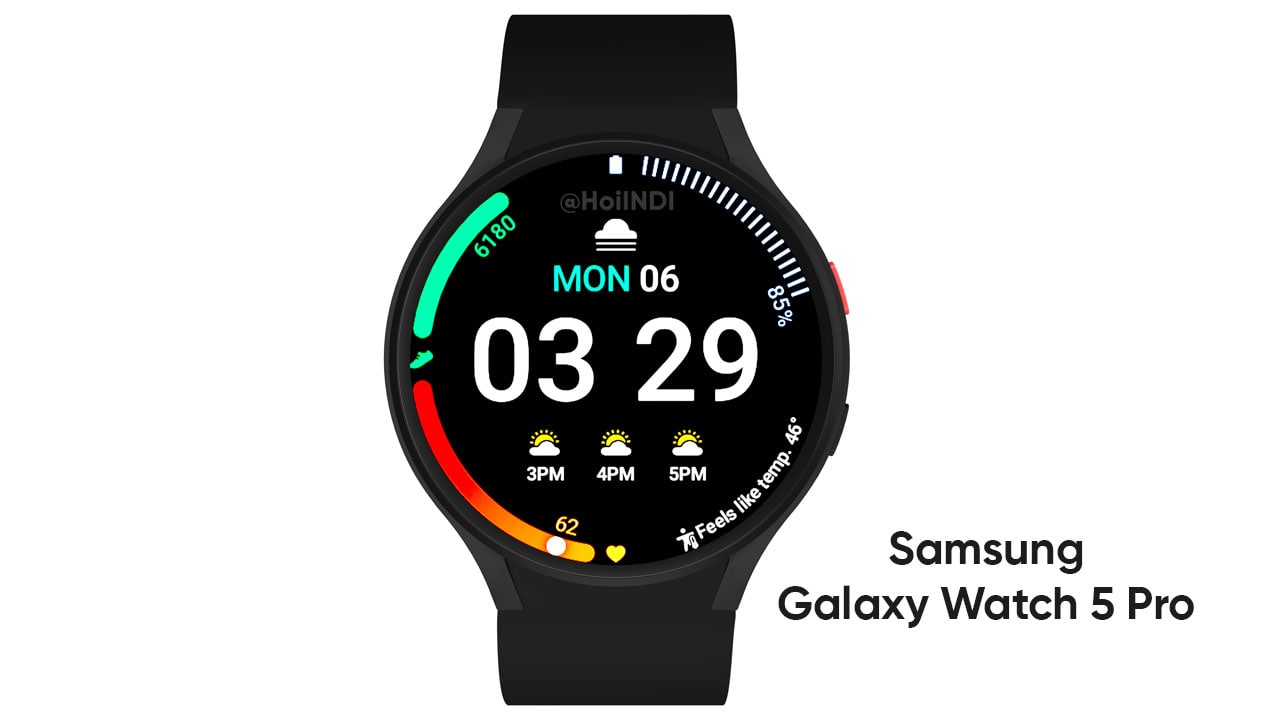 To clarify, the first tab with red color is the Home button. Whereas, the Back button lies just below it. At this moment, the watch appeared in the renders as a black variant. However, we might find some more color alternatives in the time ahead.

The concept designer also hints at the battery, stating “bigger battery” in the tweet. This reflects that the device will show more screen time in comparison to other wearables.