Samsung is currently banged on with the One UI 5 beta activity for the users, to let them explore the innovative world of their Galaxy smartphone with exclusive features. Alongside, to make your device compatible the Korean tech giant releasing an Android October 2022 security patch update to a number of Galaxy devices including Samsung Galaxy S20 FE 5G, Galaxy Note 20, and more.

The latest security patch aims to improve system performance and durability. Although, the update is very essential for Galaxy users to install as it brings various fixes from different sections.

As per the Android October 2022 security patch update, there are 18 SVE items and 1 critical, 29 high, and 2 moderate level CVEs among these exposure remedies. These are serial numbers for devices, configuration information, MAC address leaks, inappropriate access controls to call data, and other things.

The October 2022 patch for the Samsung Galaxy Note 20 users brings improvement to the stability of the system to ensure better performance. However, if your Note 20 5G then the build is N981BXXS5FVI4 and N986BXXS5FVI4.

And if you are Galaxy Note 20, and Note 20 Ultra “LTE” users then you can identify updates via build versions: N980FXXS5FVI4 and N985FXXS5FVI4. 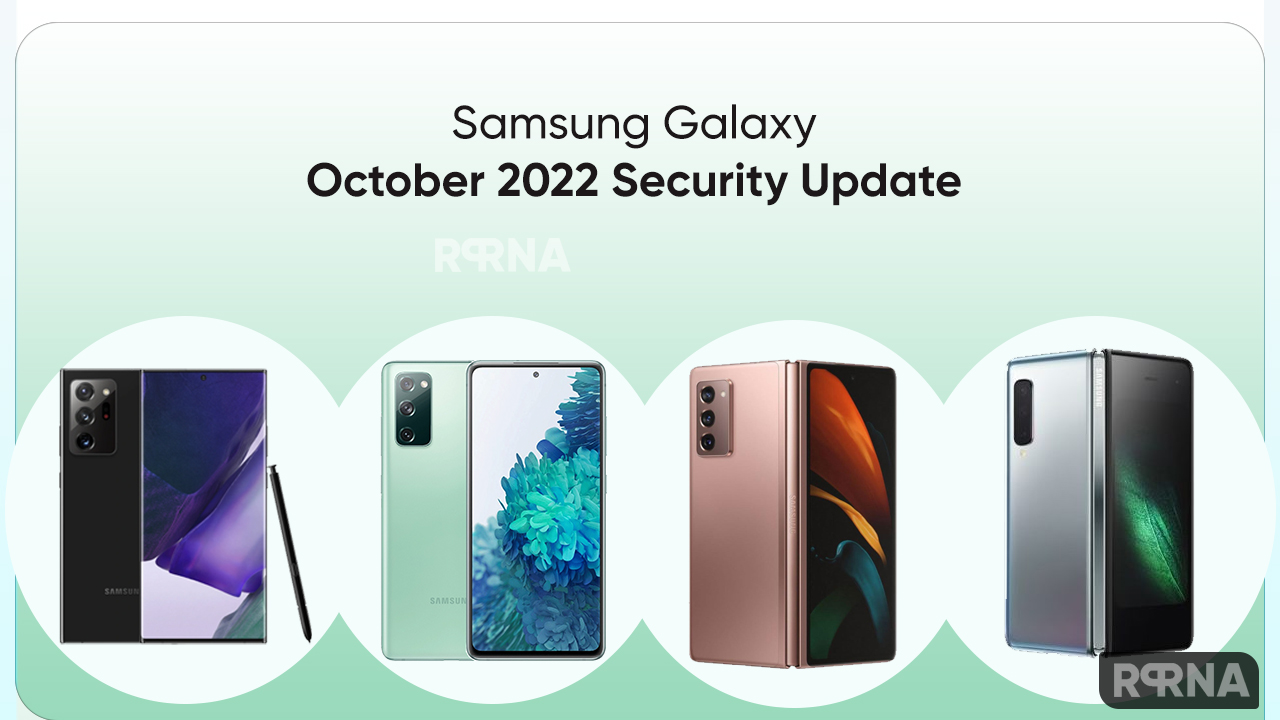 The October 2022 security update for the Samsung Galaxy Z Fold 2 is available with the One UI build number F916BXXS2HVI8. Several European nations, including Germany, Hungary, Italy, Luxembourg, Portugal, Romania, Southeast Europe, the Czech Republic, and the Baltic States, have released this update.

The October 2022 security update for the Samsung Galaxy Z Flip 5G indicates firmware number F707BXXU7HVI3. Additionally, it is being implemented in parts of Europe like the Baltic States, Hungary, Portugal, Romania, Spain, Switzerland, the Netherlands, and the United Kingdom.

This latest update stabilized the performance of your system with high-end security, the firmware can identify through the G781BXXU4FVI4 build version. Below you can check the region where the update is currently speculating.