The global wearable shipments report for the third quarter of 2021. The report shows that 47.82 million wearable wristband devices were shipped in the third quarter, a decrease of 11% year-on-year. This was due to supply chain restrictions.

In Q3 of 2021, Apple continues to maintain its leading position, with a total of 7.33 million units shipped globally, with a market share of 15%, but shipments have grown is -23%year-on-year.

Xiaomi ranked second in global shipments of 7.21 million units, with a market share of 15%.  The annual growth of the Xiaomi wearable band is -48%, which this also affected by supply chain shortages.

The report also shows that the Huawei brand had a market share of approximately 11% in the third quarter, ranking third in top wearable bank venders. It maintained strong momentum in global markets, with strong growth in the quarter and ranked third. Huwaei wearable annual growth is -53.

Whereas Samsung grabbed the fourth position with a 9% unit share in Q3 2021 and the annual growth of this company is the global market +70%. 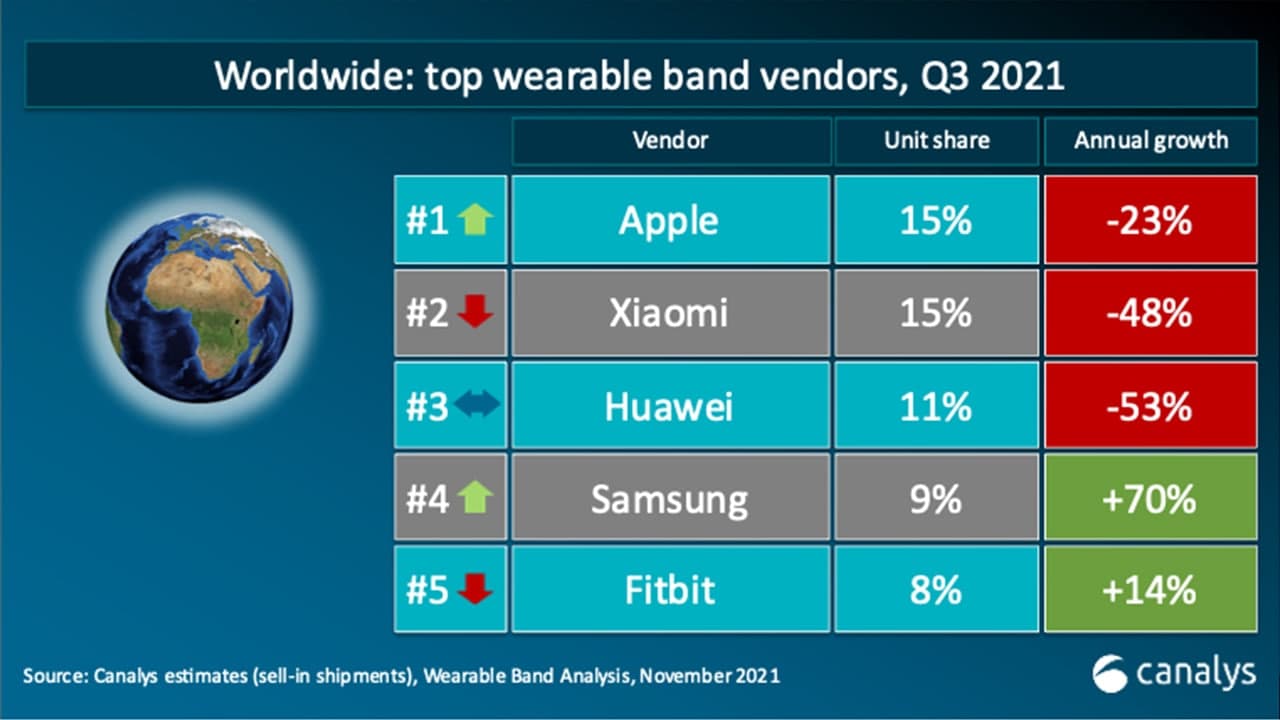 The top 5 companies which have made their place in Q3 2021  wearable  devices are already their name in the market and they are known for their good services, meanwhile, Apple return to on 1 in the global wearable wristband devices market in Q3, followed by Xiaomi and Huawei is in second and third place

It has always been observed that there are at least two or more Chinese companies that make it to the counterpoint report every year and this year also Huawei and Xiaomi have secured second and third place.