Huawei throught its official Weibo account, confirmed the launch of Porsche Design variant of the Huawei Watch GT 2 Pro. According to the information the watch will release alongside Huawei Mate 40 series.

At the global launch conference, Huawei is not only the releasing Mate 40 series, but there are more smart products, which are officially confirmed by the company that includes FreeBuds studio headphones and Watch GT 2 Porsche version.  Meanwhile, Huawei is yet to confirm additional launches.

Last month, the live images of Huawei Watch GT 2 Pro Porsche design were leaked on YouTube. As per the leaked images, Watch GT 2 Pro Porsche version is identical to the standard GT 2 Pro, which was launched earlier. The new smartwatch brings some minor changes on physical buttons and display edges, and also supports wireless charging using a Qi-compatible charger. 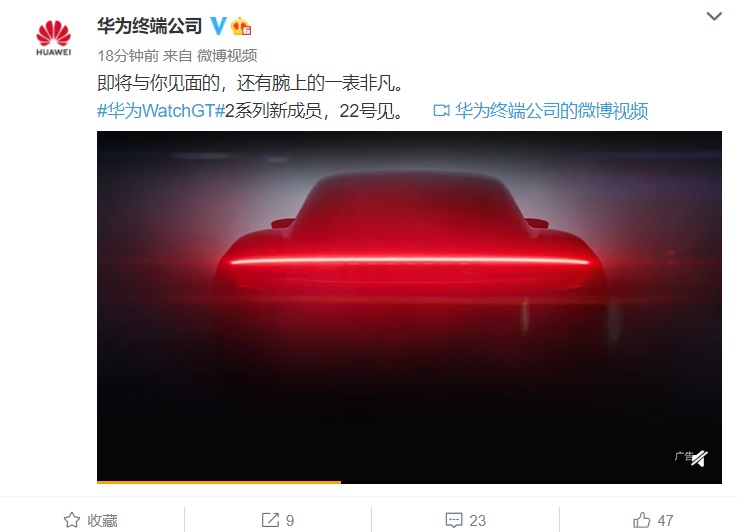