OnePlus OxygenOS 13 is the new Android software skin based on the Android 13 version brings numerous new features and optimization for the users, but do you know the new version has not brought anything new for the most important camera app, the company should be inspired by the Samsung as it adds a number of a new feature for there smartphone with One UI 5.0 Android 13 version.

Here we listed out some of the new features of One UI 5.0 that don’t exist in the OnePlus phone (We use Samsung Galaxy S21 and OnePlus 9 Pro smartphones to compare the camera features). 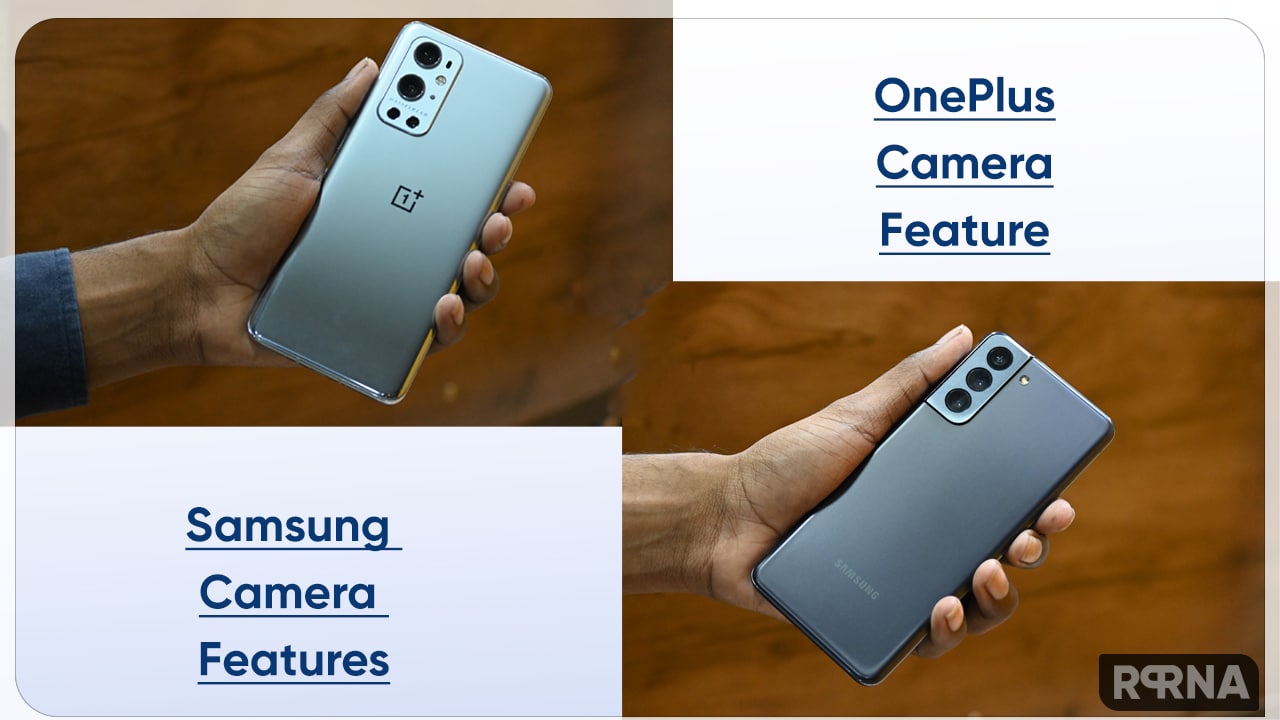 OnePlus 9 Pro doesn’t have the single-take camera feature which takes multiple shots and videos in a single click. This feature becomes a point of attraction for Samsung users, not only this you can optimize your stuff in certain new techniques may like Highlight videos, Slow-mo clips, Boomerang clips, Filtered picture collages, and cropped shots.

This feature is just stunning and OnePlus should add it in its changelog as a camera feature with the OxygenOS 13.

Samsung offers two selfie tones for the users that give them a chance natural look to and are ready to take a selfie anytime.

This feature matches the mic zoom to the camera zoom while recording the video mode on Samsung phone. While OnePlus don’t have anything like this in the feature.

This feature saves space without sacrificing video quality. The video is saved in HEVC format + HDR10+ videos feature for Galaxy users. The OnePlus users still waiting for such new enhancements.

Samsung offers a RAW copies option for the users as per this feature the users can save both JEG and RAW copies of pictures taken in Pro mode. Colors TONE adjustments won’t be shown in RAW copies.

Some Camera settings to keep:

This feature gives users access to start the camera in the last user’s mode, such as video, instead of always starting with the default mode. Below you can check the option available in the list for settings. But sadly its not there in your OnePlus phone.

It allows users to capture more details in the bright and dark areas of their shots, and OnePlus should add this too for better and optimized pictures.

OnePlus should work to make improvements in the camera settings, no doubt the quality of the camera s amazing. But all time the quality does not work. Company to add some enhancements to provide a better user experience. Although, with the OxygenOS 13 too company doesn’t add any improvement for the users.

OnePlus is one step ahead of Google in...