Apple’s App Store earned total of $29.3 billion and the Google’s Play Store adds up to  35.6 billion app intalls in the third quarter of 2020.

According to a recent report by Sensor Tower, which states that the App Store apps earnings grew up by 31 percent to $19 billion in Q3. The mobile games revenue also grew up by 26.7% to $12.4 billion. 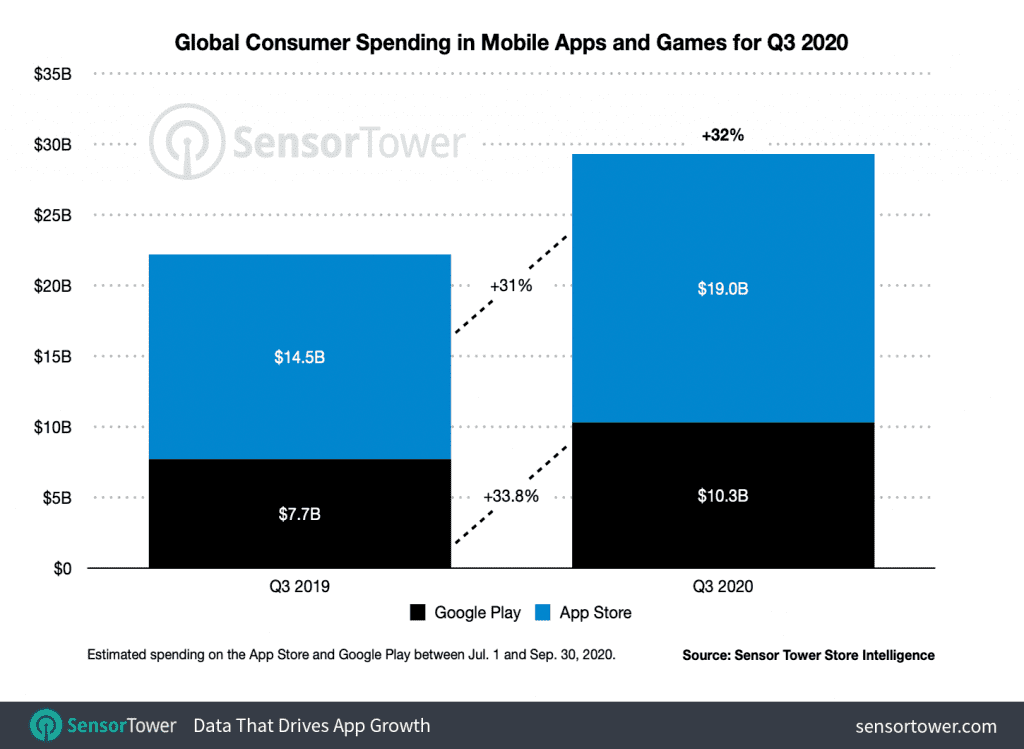 The earning of the quarter 3, 2020 of App Store shows that the consumer spendings on subscriptions, in-app purchases, and premium apps have increased by 31% with 8.3 billion downloads and 33.8% with 28.3 million downloads on Google Play Store.

In the same quarter, mobile games economy of Apple for year-to-year is grown by 26.7% with 2.3 billion installs. Whereas the Google’s mobile apps have been grown by 30.8% with 11.9 billion installs. Even with the less downloads Apple is ahead of Google in earnings by $13 billion.

TikTok was the highest downloaded social media app on both the platform. Tencent took the first and second position in the top five games with ‘Honor of Kings’ and ‘PUBG mobile ‘ in the third quarter. In the previous quarters the Instagram and Whatsapp made it to the top five non-games apps. 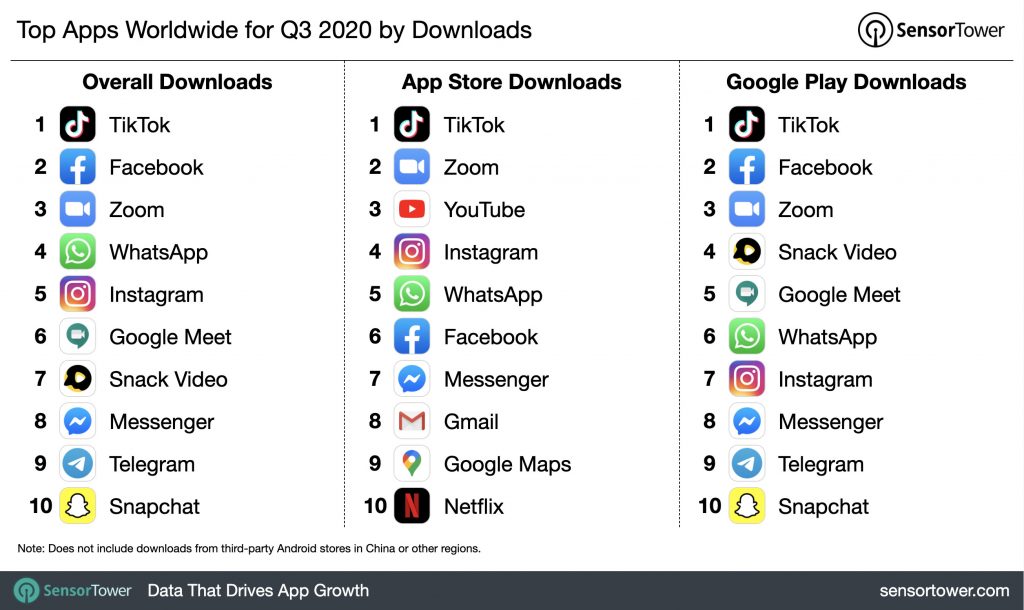 The report suggests that the reason for the increased revenue in Q3 is due to the COVID-19 pendemic. As people around the world are limited to their homes and all the other public activities are also suspended. The consumers spendings in the apps has been increased as the users spend more time browsing on the internet.