Samsung has officially confirmed that the first “Galaxy Unpacked” of this year will be held on January 14. The company has shared a teaser from its official Twitter handle which shows the camera module design of the Galaxy S21 that is covered inside a non-transparent cube.

At the event, Samsung will unveil three new flagship smartphones including the “Galaxy S21, S21+, and S21 Ultra”. It is not much surprising news because we’ve already witnessed that January 14 will be the launch date for the Galaxy S21 series.

It is expected that the company will also introduce a newer generation of wireless earbuds that will be the “Galaxy Buds Pro”. Furthermore, leaks also surfaced that Samsung will also expose its popular Galaxy Watch Active 2 in a new ‘rose gold’ color variant. 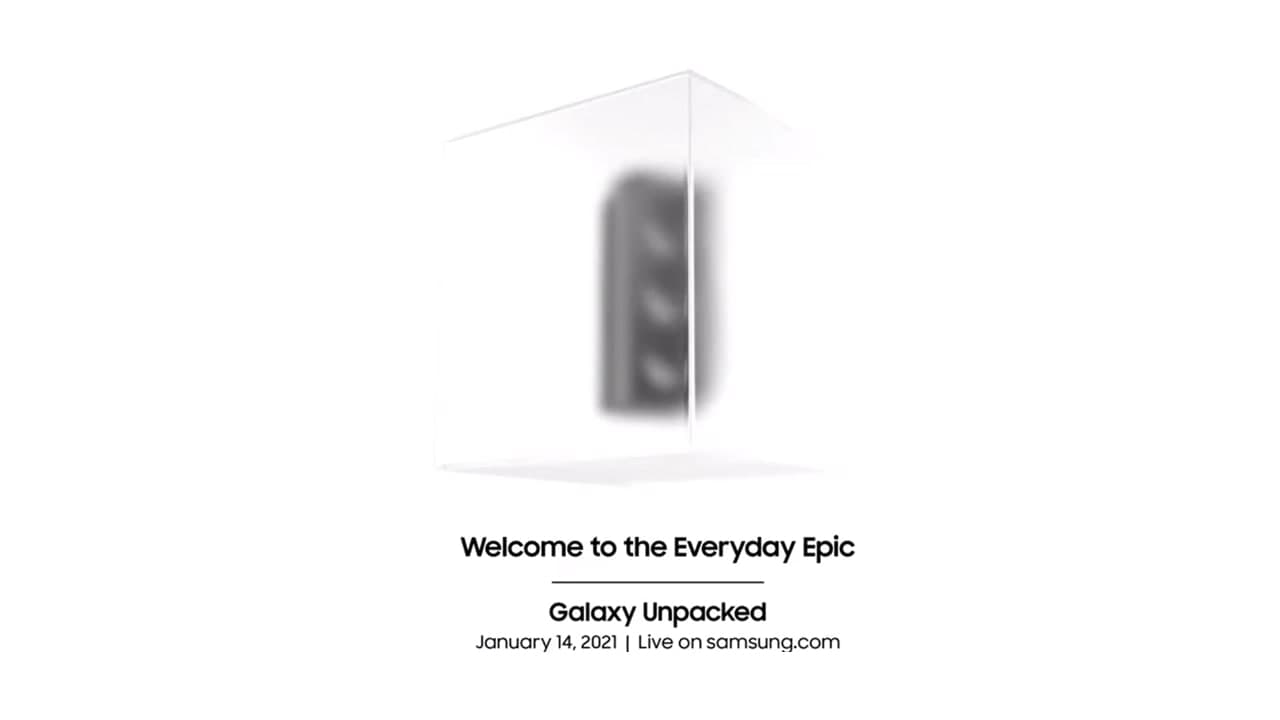 Following its tradition, Samsung might also introduce the new version of One UI 3.0, One UI 3.1 which will come pre-packed exclusively with the Galaxy S21 trio. Last year, the Galaxy S20 series was launched with pre-installed One UI 2.1.

The Galaxy Unpacked event will go live on January 14, 2021, at 10 AM EST or 8:30 PM IST. We will also provide the live stream links prior to the launch event.

Your experiences are about to get even more epic on January 14, 2021.
Watch #SamsungUnpacked live on https://t.co/D6nxws2O4T pic.twitter.com/IVKmxn3Epv