COVID-19 has widely affect plans of launching new devices by different smartphone makers including Google but the company is preparing to catch up with its upcoming launch date and the introduction of new Pixel devices.

As recently, there are some live images of a new Pixel phone that has leaked on Twitter, showing the device name as “Pixel 5s”. The image also reveals some of its design specs.

The Pixel phone in the image features a hole-punch display, similar to the Pixel 4A but its name is mentioned as Pixel 5s. Also, the device is pre-installed with Android 11.

Coming to the rear, Pixel 5s equips a big camera bump consisting of two lenses alongside an LED flash and a flicker sensor. Below the camera setup, it has a physical fingerprint sensor.

On the right side, the phone has a volume rocker and a power key. Aside from these, the Pixel 5s seem to covered in a matte finish design with some white texture. Moreover, some additional images confirm that there will be a 128GB of internet storage available for the users.

According to Alex Dobie from Androidcentral, Google has tried to find the launch date of Google Pixel 4a throughout 2020 but it kept delaying due to the COVID-19 pandemic. In terms of naming, “bramble” now known as Pixel 4a 5G was created as Pixel 5 and “redfin”, which is Pixel 5, was previously leaked as Pixel 5S.

For instance, Pixel 4a was supposed to land in May but after the delay, its launch was rescheduled. Alex also noted that the device unit of Pixel 5s shown in the live images is old and equips an old Android firmware.

Alex also mentioned that the Pixel 5s name is just a fossil of a previous test device and it’s good to ignore it. So we’ll probably get Pixel 5 and Pixel 4a 5G as an end result. Meanwhile, we’re still waiting for the launch of a next Pixel device and we may have to wait just a little bit longer to get exact event dates from Google.

Interesting. I'd prev heard the Pixels we're getting this fall had a few name changes along the way. So I'm confident in saying that at some point "bramble" (now 4a 5G) was going to be Pixel 5, and "redfin" (now 5) was called Pixel 5s. (Note this is an old EVT unit with old f/w) https://t.co/IlyZTQjw9F 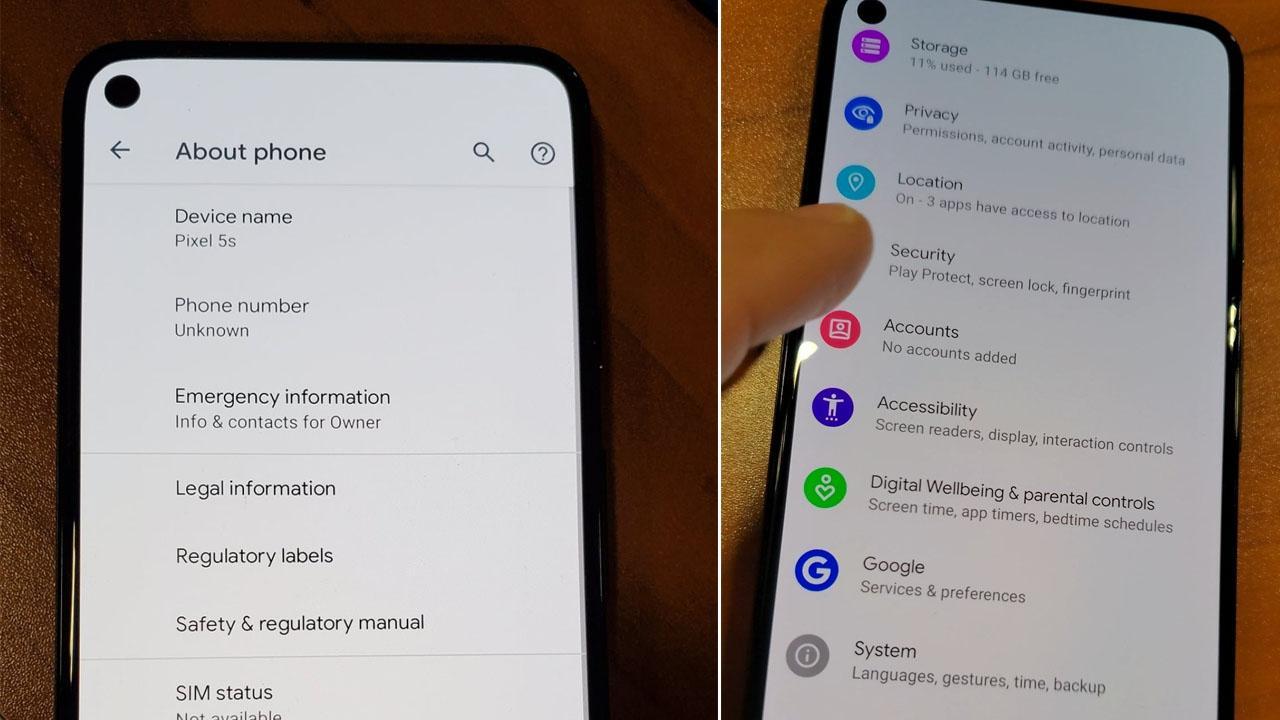