According to the info, Huawei officially confirms the launch of its first mini LED TV at the upcoming event on July 29. The company will unveil the Smart Screen V 75 Super as its one of the flagship product of the event.

Further, at the launch event on July 29, the Chinese tech giant will unveil several other gadgets as well, including the most awaited P50 lineup. Moreover, a Sound X smart speaker, Children’s Watch, and Huawei Band 6, all are incoming.

There might be some more like a surprise could come at the event, something more on HarmonyOS, or about its global rollout. We don’t know much about that, but we are waiting for the day of the announcement. 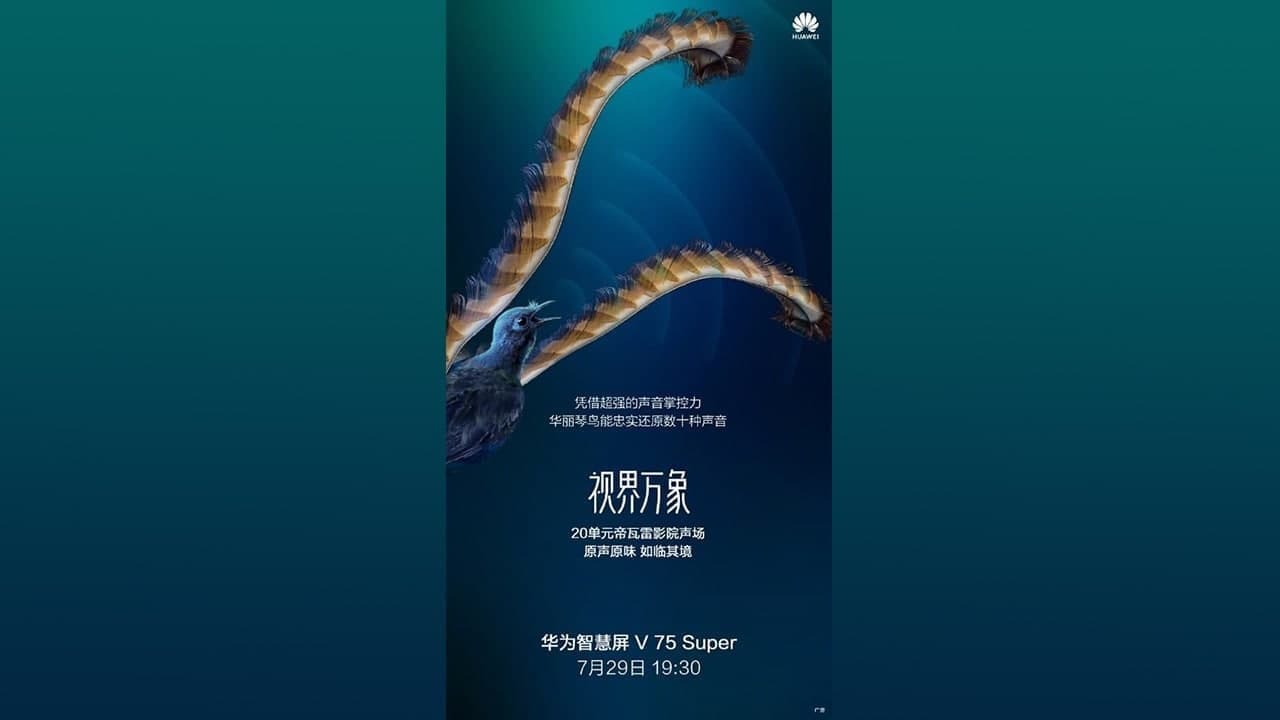 The official poster shared for the Huawei Smart Screen V 75 Super suggests that it will be powered by the new HarmonyOS 2.0 and comes with a 46080 SuperMini LED for more vibrant and precise colors.

Furthermore, it is also known from the poster, that the smart TV will come with a 20 unit Devialet high cinema sound system for an immersive sound experience.

Mini LED display has its own advantages over the other kinds of screens, the black color is presented accurately, the colors are more precise, it displays better HDR content. Further, the mini LEDs take low power consumption and have a high-speed response.

Not just Huawei, the mini LED displays will be used by several other OEMs as well for a more enhanced cinematic experience. While other features of the smart TV are not yet known and we’ll get to know more in the coming days.

The launch event on July 29 will brings several other gadgets as well alongside the Huawei Smart Screen V 75 Super smart TV and the Huawei P50 phones. The other incoming gadget includes: