Huawei has now released four new versions of Mate X2, Mate 40 Pro, nova8 Pro, and nova 8 to offline stores, all of which do not include charger sales. It will be officially listed starting today.

Judging from the products on the Huawei Mall, the current version seems to be only for offline stores, and it is not clear whether it will be promoted to online stores.

Judging from the offline price tag, the version without the charger is 200 yuan lower than the ordinary package, which is consistent with the previous price concession.

It is worth mentioning that although the new version no longer comes with a charger, users can still buy a 66W Huawei super-fast charger for 199 yuan. The new phone seems to be bundled with the charger 1:1 to place an order. 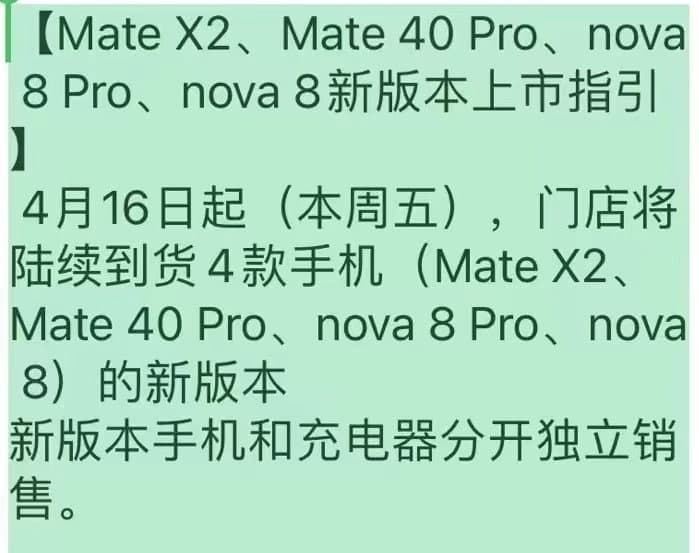