Moto E7 Plus is the latest smartphone from Motorola that now launched by the company and follows the recently released Moto G9 Plus.

Moto E7 Plus features a 6.5-inch HD+ IPS display with a notch design. It is powered by Qualcomm Snapdragon 460 processor, 4GB RAM, and 128GB internal storage. There’s a big 5000mAh battery that recharges with 10W charging.

JOIN OUR Technology CHANNEL ON TELEGRAM 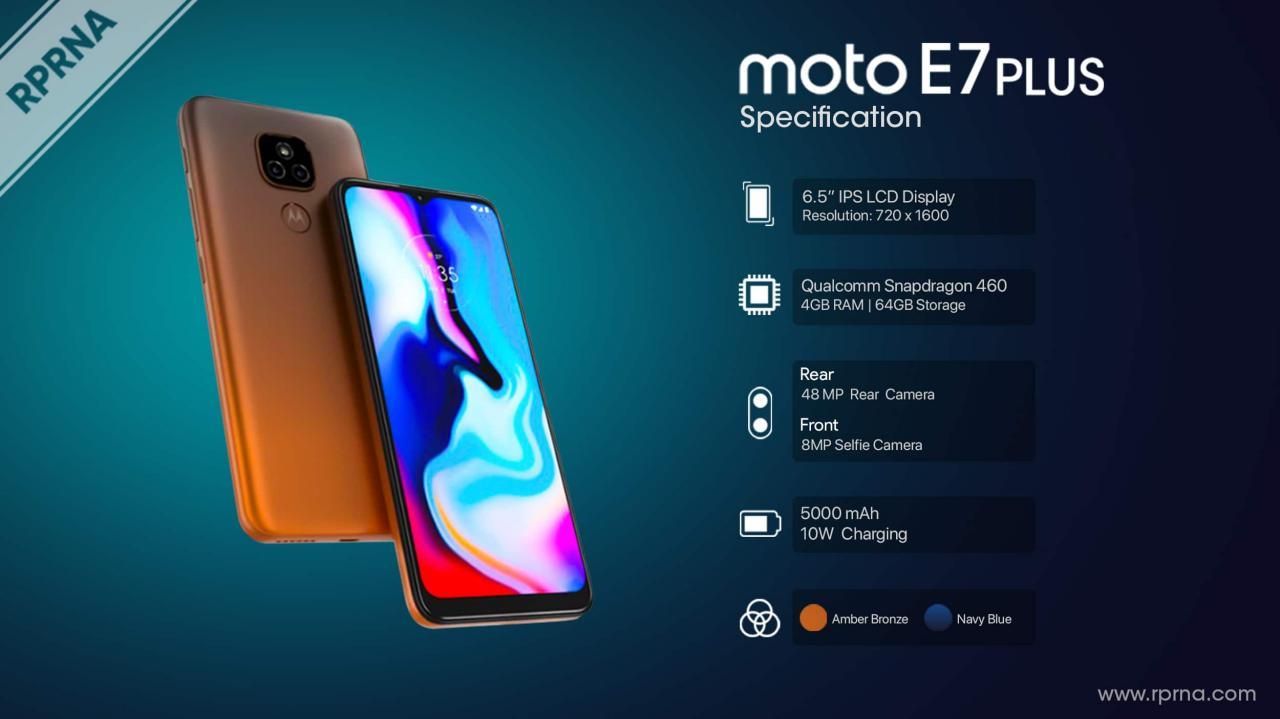 On the back of the device, there is a square camera unit with two sensors and an LED flash, as well as a capacitive fingerprint scanner below. Inside the camera setup resides a 48MP camera ( f/1.7 aperture) + 2MP camera (f/2.4 aperture, depth sensor). On the front side, Moto E7 Plus brings an 8MP selfie camera (f/2.2 aperture).