It seems that losing Google mobile services is now affecting Huawei in its home country and the company is facing a sudden decline. Taking the advantage of the situation, Oppo has now become the top brand of the Chinese smartphone market in January 2021.

What took the Huawei smartphone market towards a decline?

There are a number of reasons which played an important role in the decreasing market share of Huawei. First of all, the unsolved and long-lasting controversies of Huawei and the US government which is still a question if it will be sorted out or not.

As per the effect of the US sanctions, the company was refused to get any support from the local firms for the components such as processors and the 5G modems. Moreover, Google has also taken back the support for GMS (Google Mobile Services). 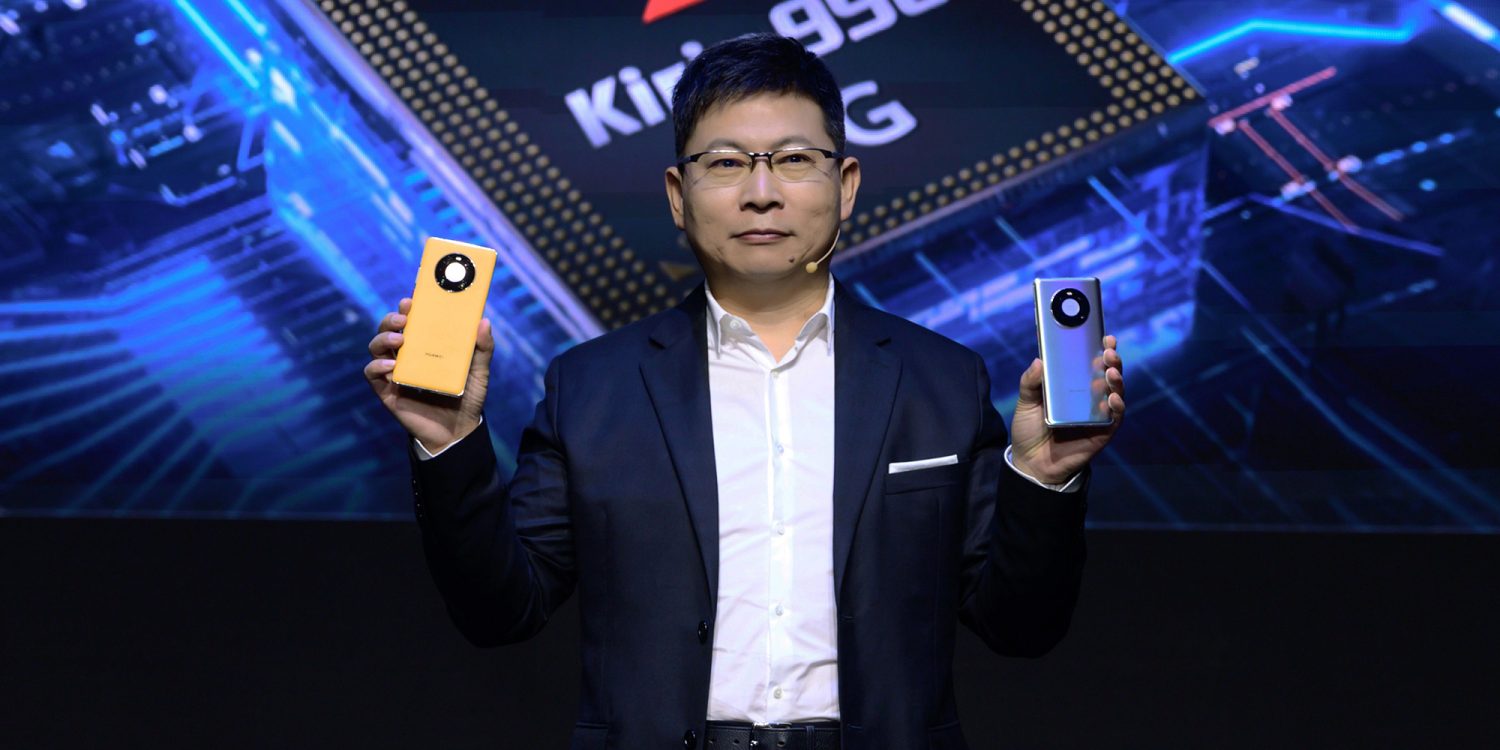 Also, the decision to sell Honor could be the other cause but the research largely suggests the US trade restriction to be the major impact for the declining sales. In the midst of all these bad comings for Huawei, Oppo silently grabbed the number one position surpassing Huawei and other phone makers.

Beginning this year, OPPO mobile phone sales increased by 26% year-on-year, and up to 33% month-on-month. This is mainly due to the sanctions imposed on Huawei mobile phones and the release of OPPO Reno5 series phones. OPPO currently sells Reno5K, Reno5 Pro, and Reno5 Pro+ models, with prices ranging from 2,699 yuan to 4,499 yuan. 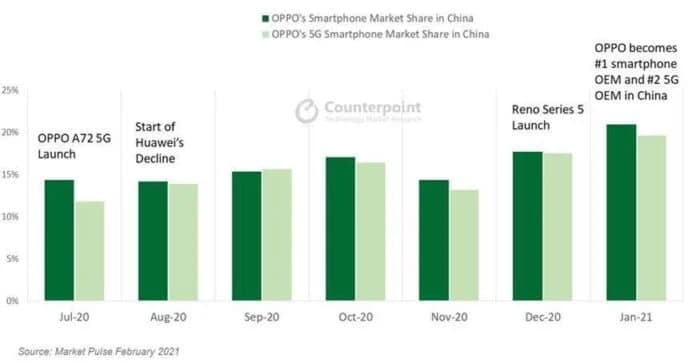 Since November 2020, Oppo A72 5G has been the best-selling 5G smartphone in its price range. Of the total 5G mobile phones sold in China, nearly a third of them are less than $300 US. Both OPPO Reno and A series helped the company to gain market share from Huawei’s nova and Enjoy series.

According to a senior analyst at Counterpoint, “OPPO has successfully redesigned its product line in 2020. The A-series entry-level models have increased market share, and high-end market products are more cost-effective than the brand’s previous products. A wide range of 5G phones will help satisfy different consumers’ Demands.”