by Ashish May 18, 2021
0
FacebookTwitterPinterestEmail

The Perseverance rover found weird greenstone near the new excavation site, but the laser equipment on the Perseverance has not been able to “see-through” this weird martian stone.

Perseverance’s companion, the wit helicopter, is constantly experimenting with mankind’s powered flight on alien planets. At the same time, Perseverance was not idle. According to the Twitter message of the Perseverance rover, the instruments on this rover are studying attentively a green-looking stone on the surface of Mars.

Regarding this stone, the scientific team “put forward many hypotheses”, but it really has nothing to do with aliens. On March 31, Perseverance’s Twitter account wrote: “Is this the local weathered bedrock?

Or is it Mars’ own rock that was knocked down here during a distant impact? Maybe it’s a meteorite. What else?” The tweet went on to add: “This stone is about 6 inches (15 cm) long. If you look closely, you can see the laser markings on it. This is (Perseverance) working hard to study it. Mark.”

The laser is part of the SuperCam instrument for studying rocks. Scientists hope that with the passage of time, the laser can provide us with more information, to understand the composition of this strange stone and so on. 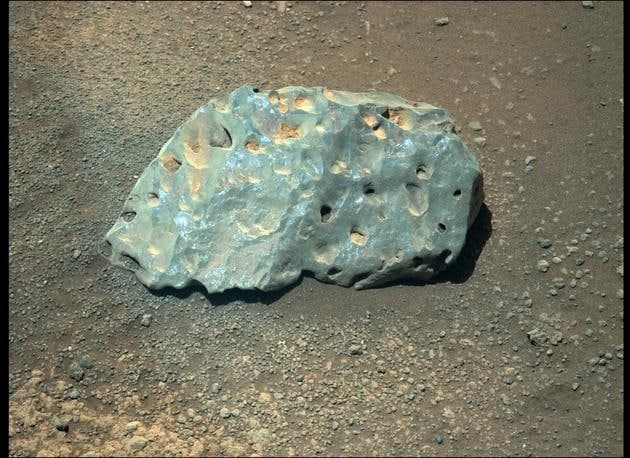 This allows scientists to figure out whether the stone was formed in situ or was moved here through some process. If the rock was not formed at its current location, then it is likely that the past flowing water brought it to the Jezero impact crater, or it may also be a meteorite, similar to the one discovered by the Curiosity rover in 2014.

The Perseverance Mars rover is the core of NASA’s $2.7 billion “Mars 2020” exploration mission. On February 18, this car-sized rover successfully landed near the Jezero impact crater on the surface of Mars and began to explore the traces of ancient life.

There used to be a deep lake and delta in the Jezero impact crater, providing many interesting and worth exploring environments for Perseverance. After that, Perseverance will save the most research-worthy samples to wait for the next decade’s sample retrieval mission to bring these samples back to Earth.

Seven scientific instruments were carried on the Perseverance. SuperCam is located on the top of Perseverance’s antenna tower and can emit laser beams to target rocks 23 feet (7 meters) away from the rover. 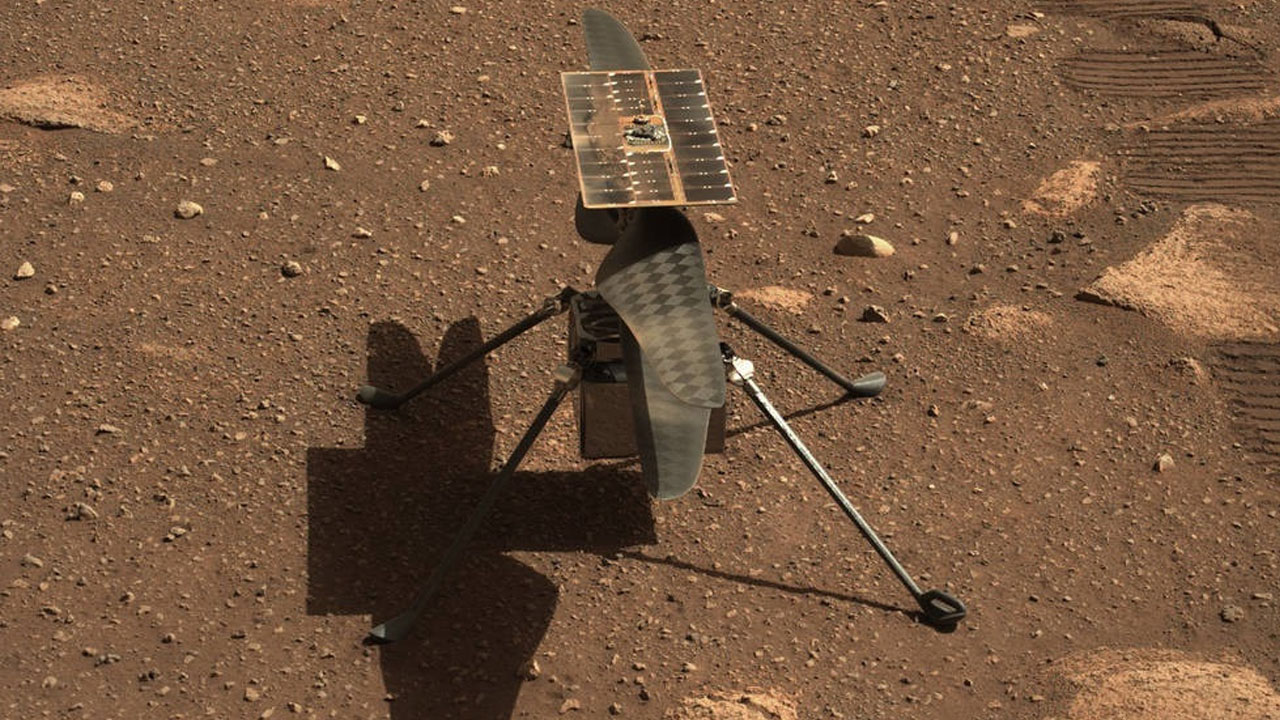 Each laser beam will produce a cloud of vaporized rock, and then the camera and spectrometer on the SuperCam will analyze the composition of the vaporized rock cloud. SuperCam’s first mission on Mars was on March 2nd. At that time, the laser launch target of SuperCam was called “Máaz” (Mars in Navajo).

The Perseverance team informally named this area of ​​Jezero “Canyon de Chelly”, which was taken from a national monument on Navajo Land in northeastern Arizona. The Navajo Nation is also collaborating with NASA’s Jet Propulsion Laboratory to provide advice on choosing suitable place names for use on Mars.