Home UpdatesMIUI Redmi K40 will be unveiled on February 25
MIUINews

Redmi K40 will be unveiled on February 25

Just recently, Xiaomi launched its latest flagship, Mi 11 for the global markets. Now, the company is planning to launch another smartphone, Redmi K40 in China. The company officially confirmed that Redmi K40 will be launched this month.

Today, the General Manager of Xiaomi’s sub-brand Redmi, Lu Weibing has shared a new poster and announced that the Redmi K40 launch event is scheduled to organize on February 25, 2021.

Although the release poster hasn’t contained information about the specifications of the Redmi K40, some rumors surrounding the K40 series indicated that it would be equipped with a punch-hole display defined at the top center and supporting a higher refresh rate. 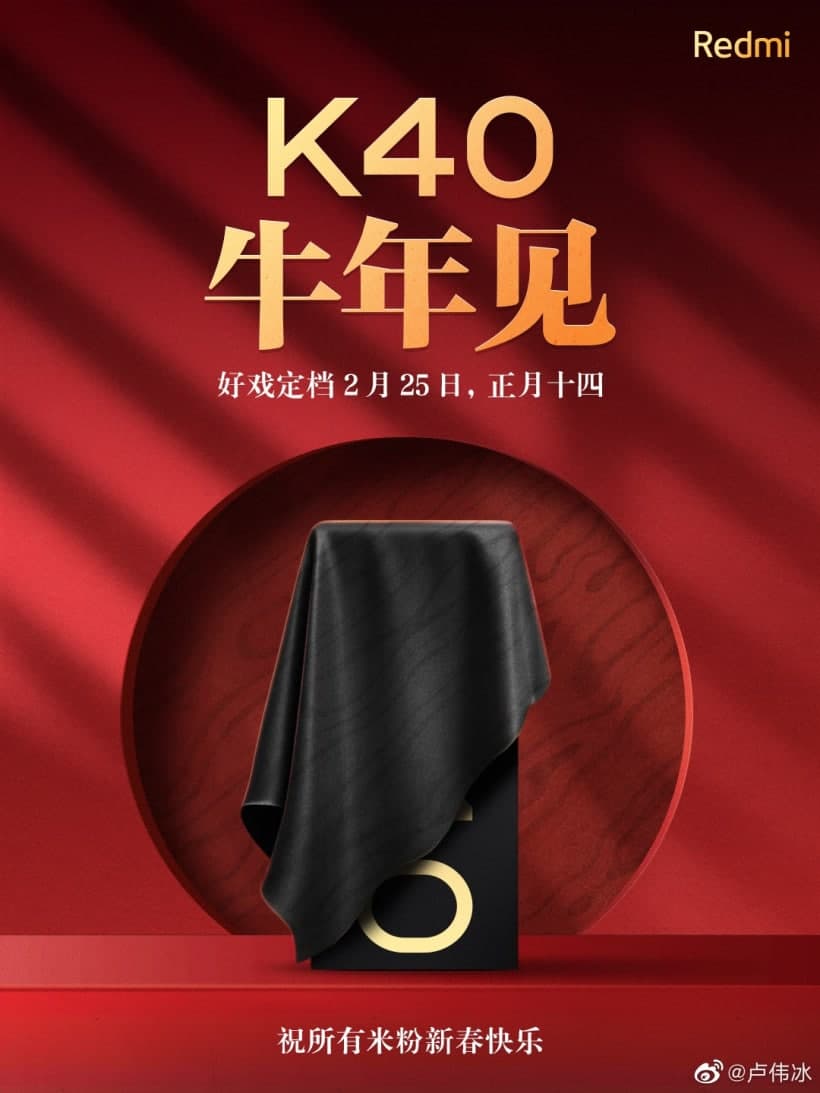 In terms of specifications, the Redmi K40 may feature an OLED panel with a perforated design. It is said that it will be equipped with a 64-megapixel main camera and can support 5x zoom.

Apart from this, the device can also be powered by a Snapdragon 888 or 870 processor. The upcoming Redmi K40 may equip with dual stereo speakers and around 4500mAh long-lasting battery.