Samsung Galaxy A73 press render are here, check them out

Recently, Samsung revealed the Galaxy A13 and Galaxy A23 smartphones in the mid-range and budget phones segment for 2022. And now the Galaxy A73 press renders are out with flagship-like design.

We now have the first look at the upcoming Samsung Galaxy A73 smartphone. Thanks to the courtesy of Evleaks via 91mobiles. The render showcases super-slim bezels, making it the younger brother of the vanilla Galaxy S22 in terms of design language.

Apart from the front look of the display, the source also shared another image that consists of details regarding key specs such as the Camera, and buttons. According to the material, the Galaxy A73 will have a quad camera setup including a 64MP OIS camera, 12MP ultra-wide camera, 5MP depth sensor, and a 5MP macro lens. 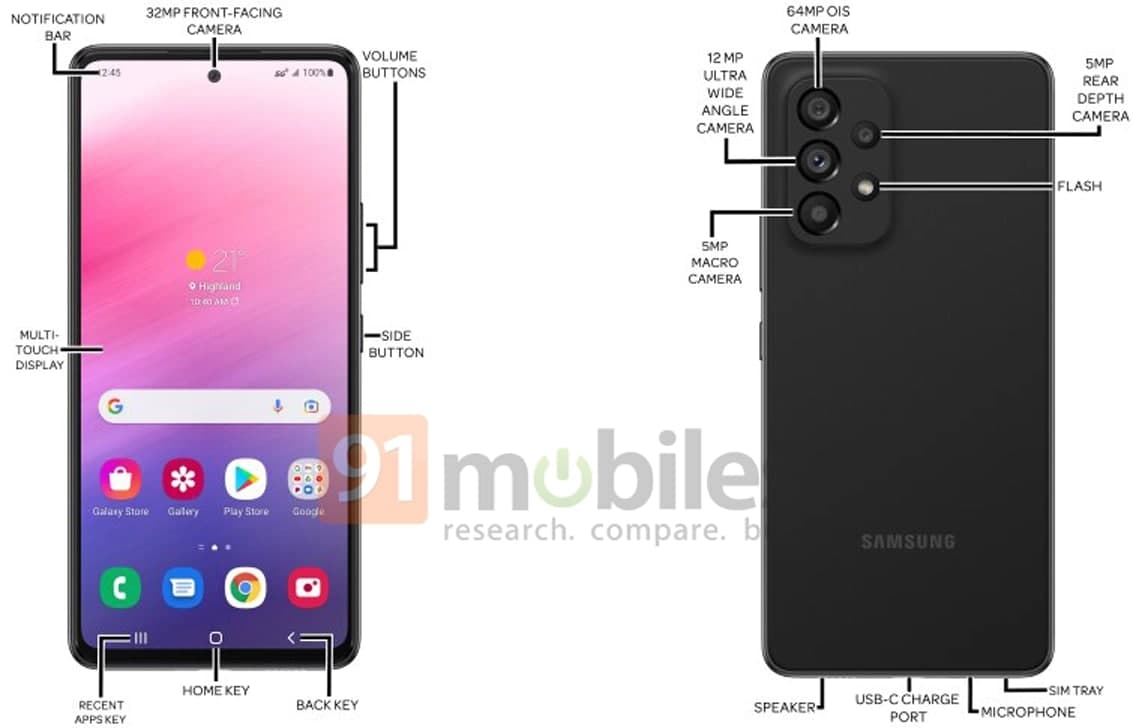 It comes with an impressive 32MP front camera under a punch hole for detailed selfies. While it has a SIM tray, primary microphone, USB C-Type charging port, and speaker at the bottom. Besides, we can expect the Galaxy A73 could also feature stereo speakers similar to its predecessor.

Currently, Samsung has not revealed anything about the upcoming Galaxy A53 and Galaxy A73 smartphones. Meanwhile, we can expect the company will hold an Awesome Unpacked event in late March or early April to introduce the new Galaxy A series phones. 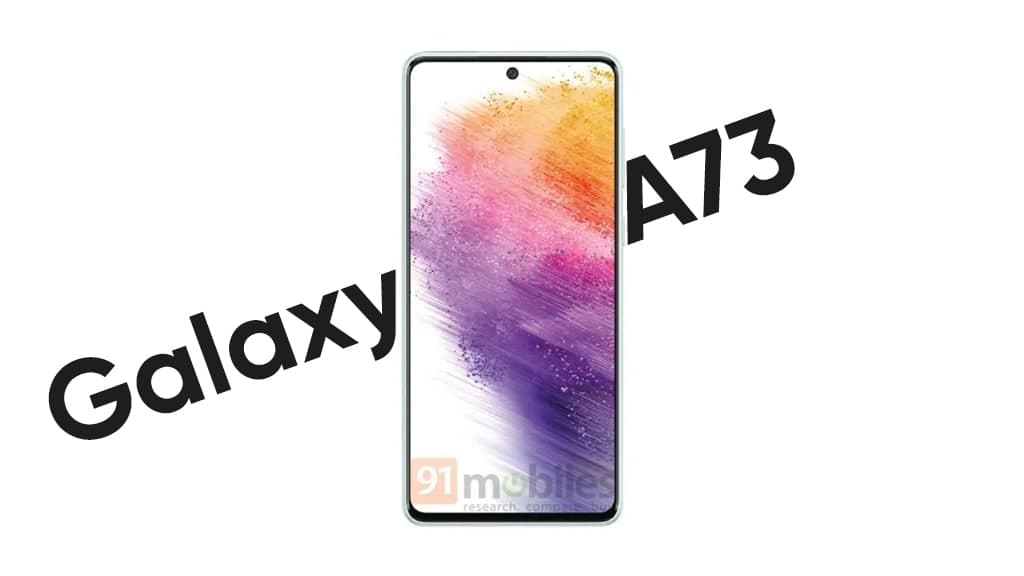