Samsung shipped most of phones in Q1 2021, followed by Apple, Xiaomi, OPPO, Vivo and Huawei: Counterpoint

Recently, the research firm Counterpoint publishes the global smartphone shipment data report for the first (Q1) quarter of 2021. It shows that the total number of shipped smartphone units in the Q1 of 2021 globally was 354 million and estimated for year-on-year growth of 20% as well as the month-on-month decline of 10%. 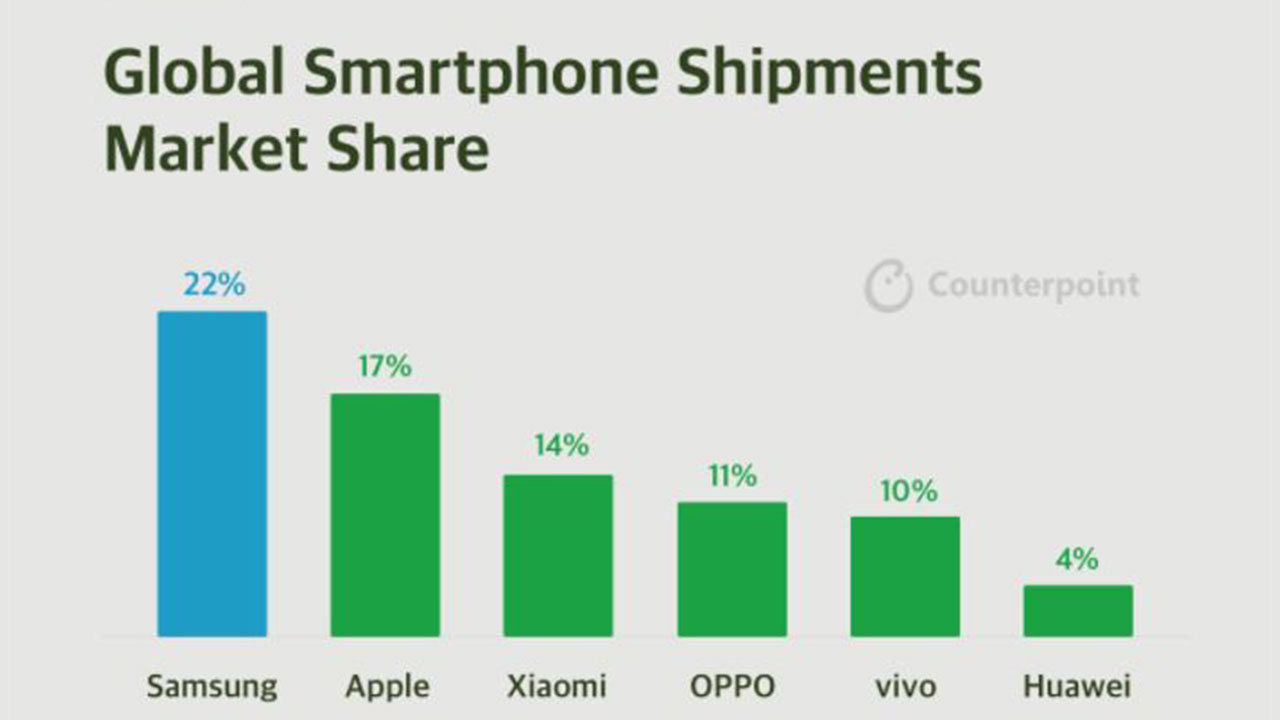 Talking about the Indian market, there was a decline in shipment in the second quarter. However, Xiaomi continued to lead with a 26% share, growing 8% YoY driven by the Redmi 9 series.

Therefore, in North America, Apple tops the list with the highest shareholding ratio of 55%, followed by Samsung, LG, Moto, and Alcatel. It’s hard to admit, because of the ambiguity in other important markets, LG has shut down its smartphone business, ranking third here.

Furthermore, in Europe, the decline in Apple’s shipments was largely offset by the growth of Samsung and Chinese OEMs such as Xiaomi, Oppo, and Realme. However, these results are extremely disappointing for Huawei. However, the company is still working hard to overcome this situation and has quickly regained its market position.