OPPO has already confirmed that it will introduce ColorOS 11 based on Android 11 at a global launch event on September 14. 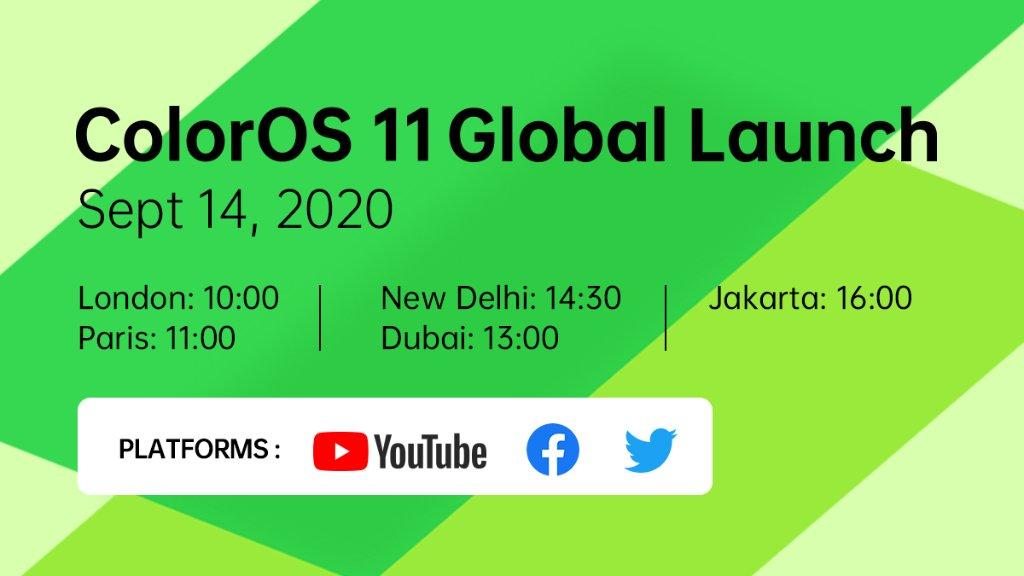 OPPO is holding a launch event on September 14 to drop more details on all the new features in ColorOS 11. We should know all the details about the ColorOS 11 when it is announced on Monday.

FYI, OPPO announced the ColorOS 7.0 based on Android 10 back in November last year that brought new UI icons, new live wallpapers, and more.

#OPPOColorOS11 based on #Android11 is now being unveiled at our Online Global Launch Event. Get ready to step into a brand new ColorOS journey!

Posted by ColorOS on Wednesday, September 9, 2020