At the end of March, Xiaomi held a spring conference, in which, the company’s Founder Lei Jun announced a 10-year investment of US $10 billion with an initial investment of 10 billion yuan. Xiaomi has officially entered the smart electric vehicle market. 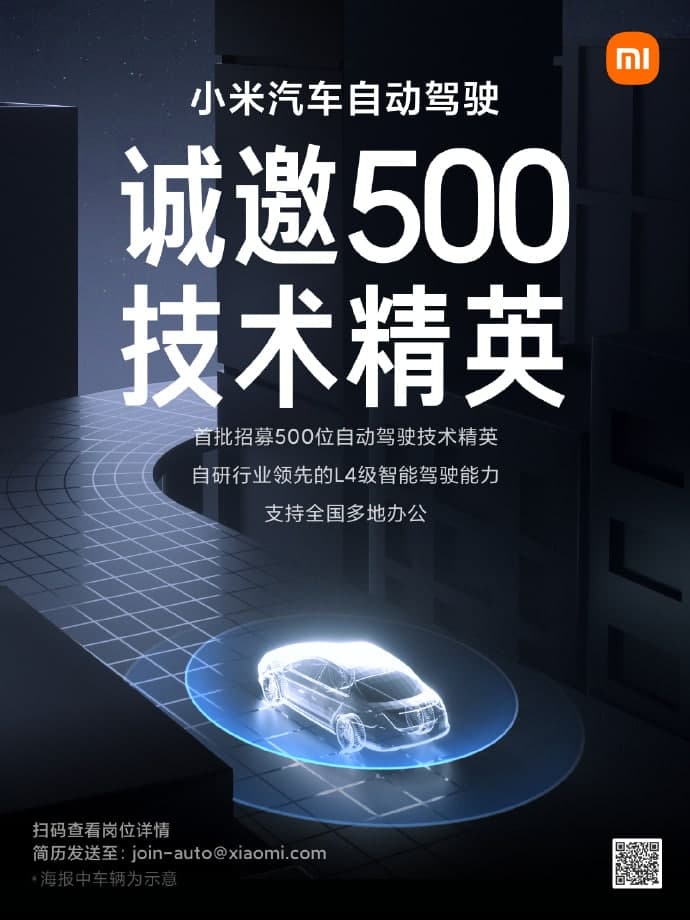 According to another report, it was learned from various independent channels such as Anhui Hi-Tech Industrial Investment that the state-owned Assets Supervision and Administration Commission of Anhui Province is in contact with Xiaomi Motors and plans to introduce Xiaomi Motors to Hefei. People from Xiaomi’s public relations department expressed “no response” to this.