According to the latest information, the next version of MIUI, MIUI 13 is expected to be officially unveiled by mid-August and the upcoming Xiaomi Mi MIX 4 will be the first model to pre-packed with the new system.

The information suggests that the Mi MIX 4 could be launched in August and it may be unveiled at MIUI 13 launch conference. The new system of Xiaomi MIUI 13 is actually under testing, and mobile phones from the past two years can be upgraded seamlessly.

MIUI 13 will also provide functional plug-ins, leaving only the default streamlined functions, and users can decide for themselves the functional modules that need to be installed. 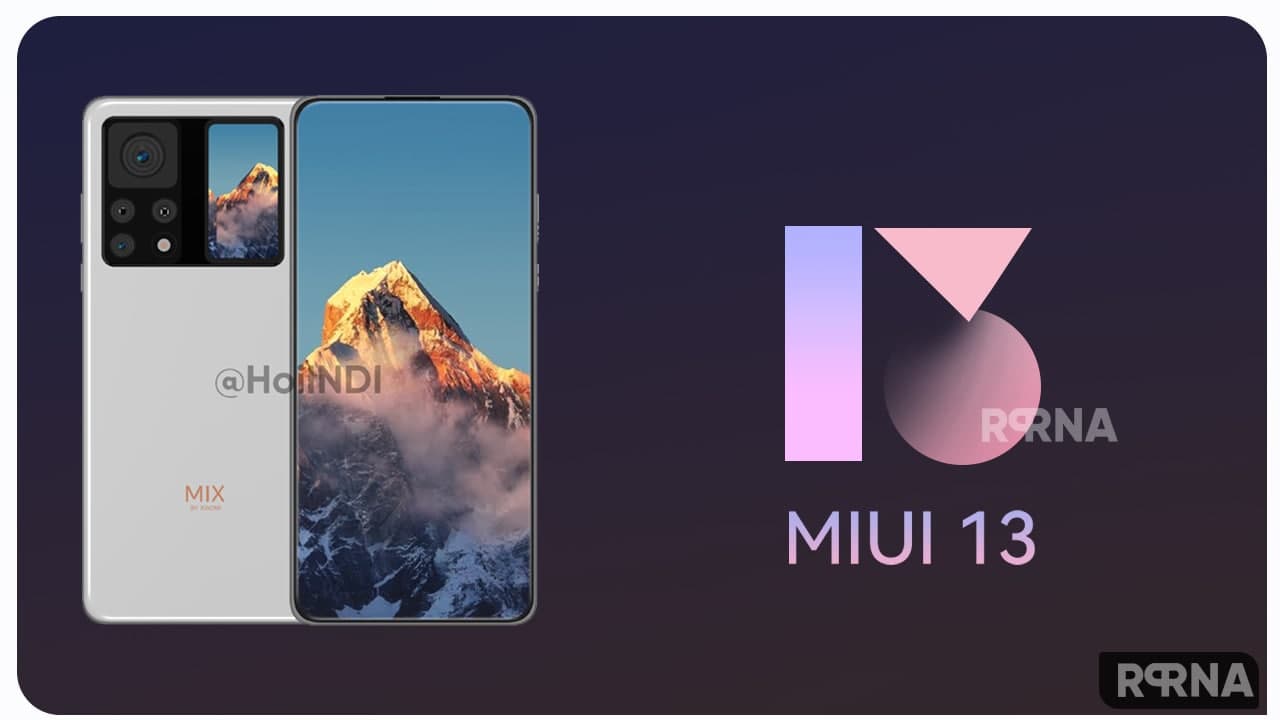 Obviously, MIUI 13 will come with new and impressive features to enhance the device performance as well as the users’ experience.

Previous reports claimed that unlike the older version of MIUI based on at least two Android versions, the MIUI 13 would only be based on Google’s upcoming Android 12 operating system.

However, Android 12 will be released in September this year. But MIUI 13 is rumored to launch in mid-August, how it is possible that the MIUI 13 will be based on Android 12? So the next Xiaomi’s custom skin may also be based on 2 or 3 Android versions.

Xiaomi is expected to launch its new smartphone Xiaomi Mi Mix 4  in August. However, we have encountered a number of leaks and rumors that have given us an idea of ​​the definition and construction of the upcoming Xiaomi Mi Mix 4 with UDC tech.

Recently, the tipster also revealed that including Xiaomi several smartphone brands such as Honor, Vivo, ROG, and other are also planning to introduce their respective upcoming smartphone with Snapdragon 888 Pro chipset.

Previously, the emerging concept creator HoiIndi has brought us some redesigned renderings of the phone model and allows us to see it in a better way. The Xiaomi Mi Mix 4 smartphone has a full display with a flat edge screen, as well as under-display camera technology. You can check the full details here.