Xiaomi replies to the U.S. Ban, ‘Everything is working normally’

Recently, we’ve reported that the US government has blacklisted nine Chinese companies including the world’s third-largest smartphone maker Xiaomi, because of the alleged links of these firms with the Chinese military.

According to a report, Xiaomi has officially responded that the company is currently working normally. Xiaomi will take appropriate steps to protect the interests of the shareholders. The possible consequences of this incident are being reviewed to fully understand its impact on the team.

Don’t Miss: US administration blacklists Xiaomi and 8 other firms due to alleged ties with Chinese army

Following the restrictions, these companies will be subject to the new US investment ban, which will force American investors to blacklist their shares by November 11, 2021.

Earlier, the Trump administration has also banned the largest Chinese smartphone maker Huawei, with similar allegations of ties with the Chinese military.

This new decision will affect the Chinese market as there will not be more transactions between these companies in the United States. However, it remains to be seen how long these firms will be blacklisted in the country as the new president will take over in the coming days which could change this decision. 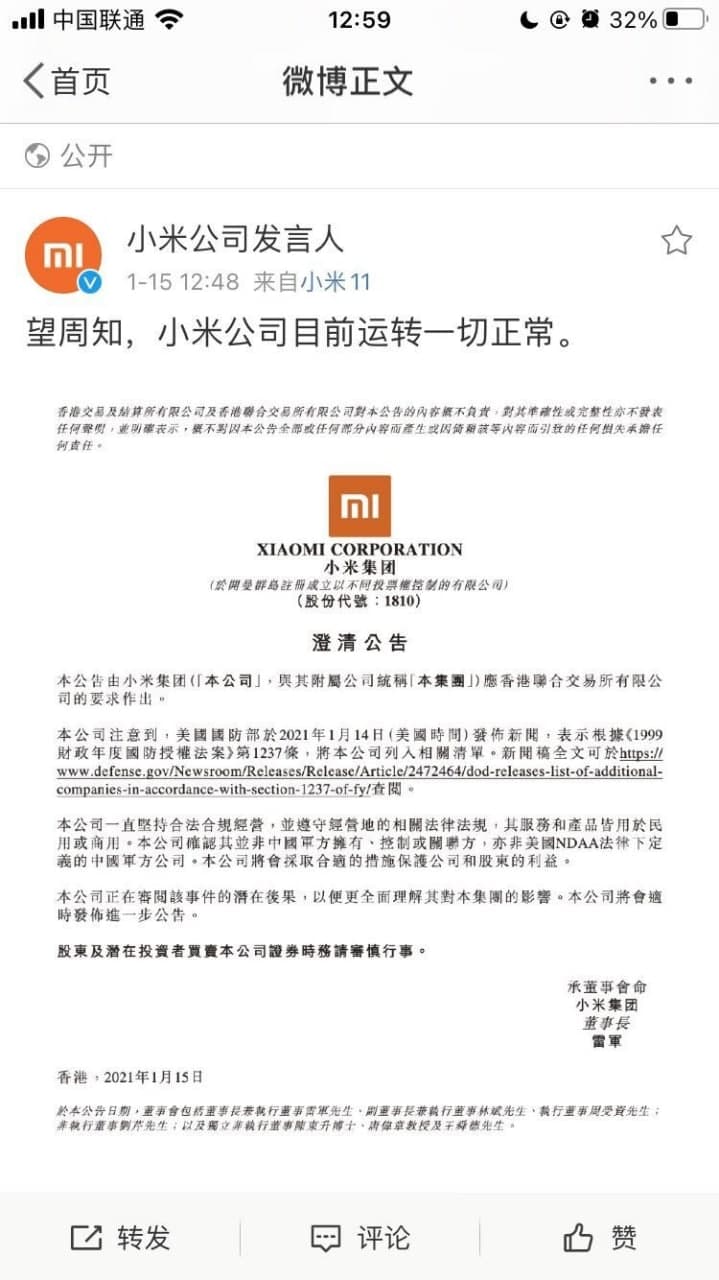