Recently, Xiaomi Group released its third-quarter financial report as of September 30, 2021. The report says that Xiaomi’s third-quarter revenue was 12 billion USD, which is an increase of 8.2% year on year. Whereas, the market was estimated to be 12.6 billion USD.

Under non-IFRS, adjusted net profit was 8.16 billion USD, an increase of 25.4% year-on-year. Earnings per share for the third quarter was RMB 0.03, and the market expected RMB 0.22.

According to the reports, Xiaomi Group President Wang Xiang said at Xiaomi’s third-quarter earnings conference that the market share of Xiaomi’s mobile phones declined in the third quarter. It is mainly due to the strong performance of Apple’s iPhone 13 and iPhone 13 Pro.

According to Canalys data, Xiaomi’s global market share in the third quarter was 13.5%, which makes the company rank third. Previously, in the second quarter, it ranked second with a market share of 16.7%. 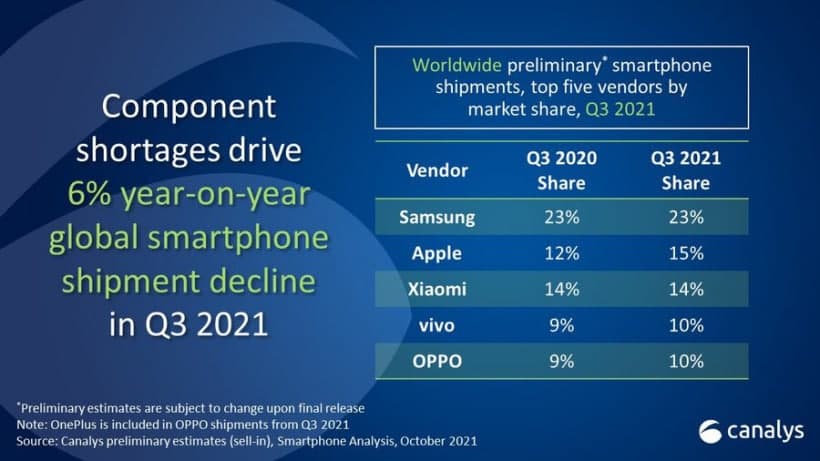 Moreover, Xiaomi Group stated that its smartphone business revenue in the third quarter reached 7.5 billion USD, with a gross profit margin of 12.8%, a year-on-year increase of 4.4%.

Xiaomi’s global smartphone shipments reached 43.9 million units, ranking third in the world, with a market share of 13.5%. Xiaomi Group expects that the annual mobile phone shipments in 2021 will be approximately 190 million.