Home Technology Huawei trademarks Hon Kun, what it could be possibly for?
Technology

Huawei trademarks Hon Kun, what it could be possibly for?

Huawei keeps searching for new technological ideas and implements them accordingly. The company has filed for a new trademark under the name “Hong Kun”. Its international classification says that it is related to 9 scientific instruments in China.

Currently, the status of the application is under registration. As per the info, Kun is a bird in the ancient folklore and also, the provincial name of “Ki Song”. Well, the other important information related to the trademark is not been known as of now.

Also, previously, Huawei has applied for several trademarks such as White Tiger, Suzaku, Lingzhi, Lingxi, Hong Goose, Phoenix, and many others. 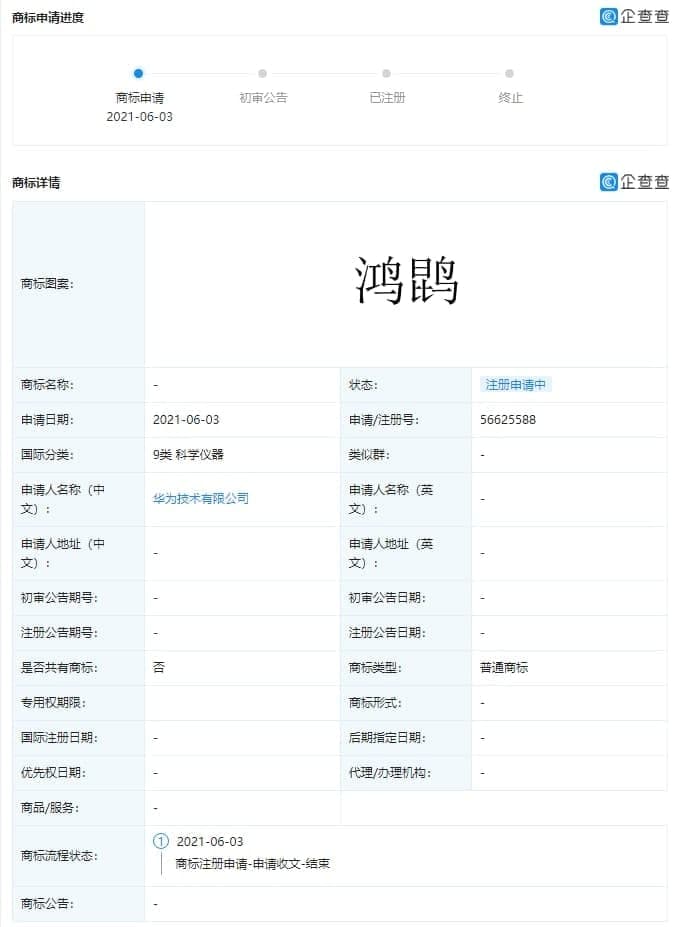 To be mentioned, the Hongmeng trademark which the company has filed previously has been under dispute and was also rejected by the Chinese State Intellectual Property Authority (CSIPA).