Last weekend, Microsoft co-founder Bill Gates shared an old resume of himself on LinkedIn, he wrote: “Whether you are a recent graduate or a college dropout, I believe your resume looks much better than mine 48 years ago (1974).”

Bill Gates is still a little modest, after all, not many people are Harvard students and know a lot of computer knowledge and programming languages. The resume also mentions that he co-led a program in high school, handled schedules for private high schools, and earned over $10,000. 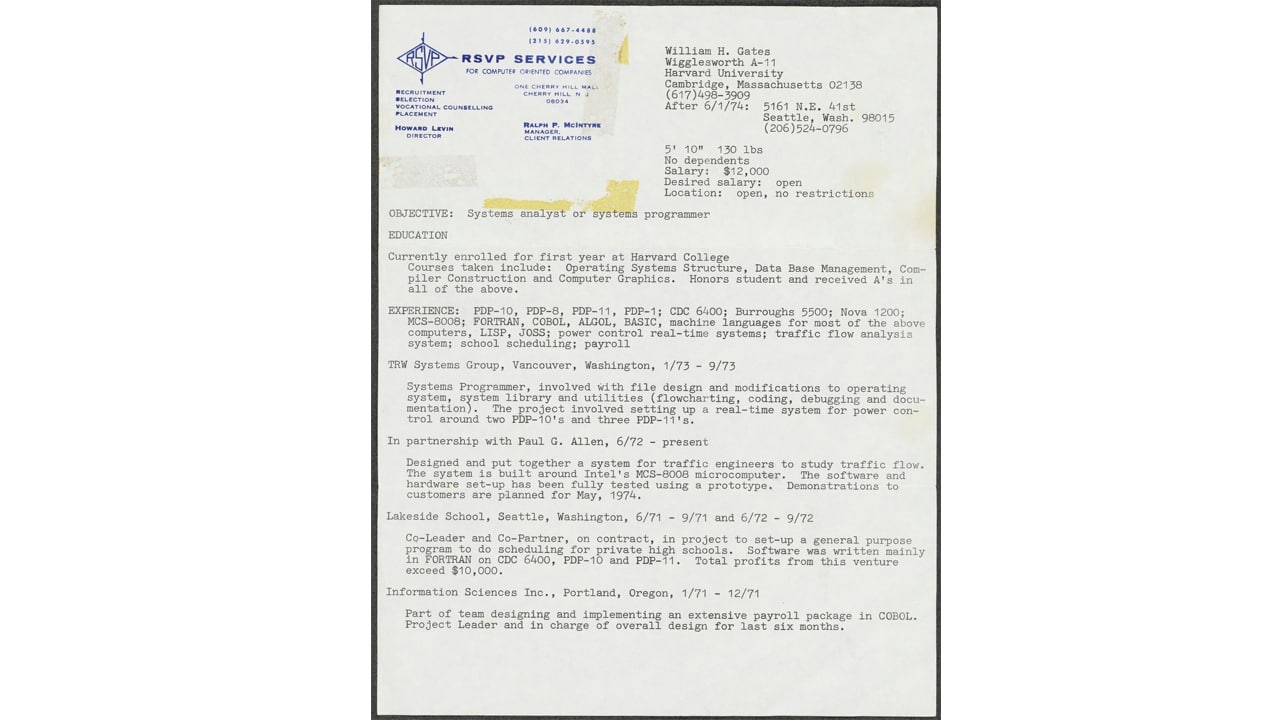 Moreover, Gates also added a small piece of personal information on his resume. He said that he was 5 feet 10 inches tall and weighed only 130 pounds. He’s just a freshman at Harvard, but he lists his expected salary of $12,000 a year and says the hope is “open. ”

Gates also has no requirements on where to work. It is reported that Gates and Allen founded Microsoft in Albuquerque, New Mexico in 1975, and then moved the company to its current location in Redmond, Washington.

Gates’ resume appears to have been typed out, as was normal in 1974. He also listed his home address, where he lived with his parents when he was away from Harvard, mid-century modern home in Laurelhurst, a lakeside neighborhood in Seattle that sold for $2.6 million a year ago.