According to the latest report, NASA wants to create a group of small submersible robots to search for aliens in the oceans of other planets. A NASA expert has come up with the idea of ​​building a probe that could melt the ice on other planets and launch a swarm of mobile-phone-sized robots underwater. Such a program could be used to detect signs of alien life under the icy layers of Jupiter’s moon Europa or Saturn’s moon Enceladus.

“My idea was, where can we put microrobots and explore our solar system in interesting new ways?” explained NASA engineer Ethan Schaler.” With a swarm of small submersible robots, we are able to explore a larger area of ​​water and improve detection by having multiple robots collect data in the same area.”

The project is called SWIM. After securing funding, the team will begin building prototypes within the next two years. They plan to create a batch of wedge-shaped robots that are less than 100 cubic centimeters in volume. 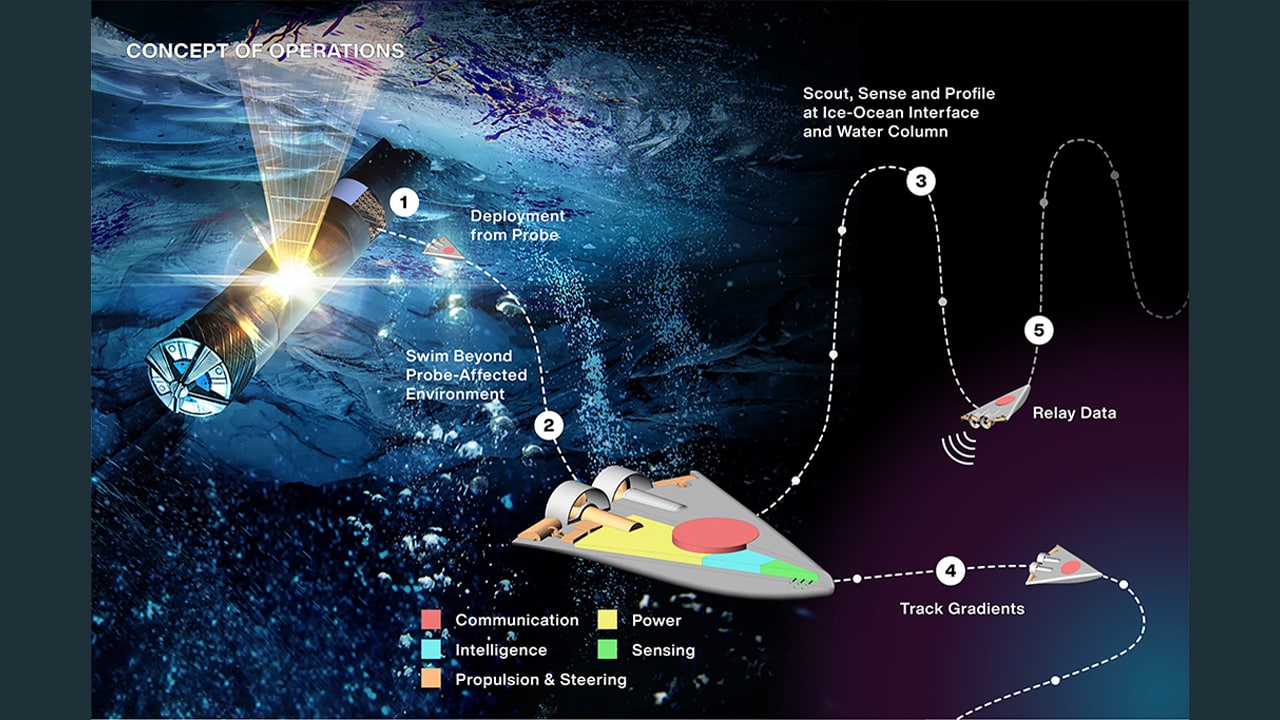 Nearly 50 small robots can “cluster” together like fish in search of clues. During its long journey through the thick layers of ice on the surface, the probe will carry data-gathering equipment in addition to small robots. The probe can then relay information to a ground-based lander on the planet to experts on Earth for study.

“What if, years later, you went through the ice shell from the wrong place?” said SWIM project scientist Samuel Howell. “What if there are signs of life in the ocean, but not where you enter the ocean?” “By carrying these robots, we will be able to see more places and explore more environments than a small robot can do. “To be clear, the idea is still in early testing, and the robot hasn’t been involved in any tasks yet.