Over a long time, the smartphone has evolved in a number of ways but the most developed thing is the camera and the bezels. We have seen various designs for the front camera including the waterdrop, punch-hole, full-sized notch, etc.

The OEMs are regularly working to bring a full view smartphone screen which avoids the front camera to provide an uninterrupted display experience. For this, we have already seen the pop-up selfie camera system and now OnePlus has come with one more solution to hide the front camera. (Via – LetsGoDigital)

The company is planning a smartphone with a narrow edge screen and an OLED display. A small hole is made in the bezel to place the front camera, and it will be covered by the transparent cover plate. This will give users more space on the screen.

This is similar to the previous phone which comes with thicker bezels and the camera was easily placed on the top. But with this new technology, the bezels will be narrower, and also they will have a small camera placed inside that will be almost invisible.

According to OnePlus, this solution is cheaper than the other designs (e.g. -punch hole). In addition, it has more benefits such as the more screen to body ratio and also it will add to the product reliability. 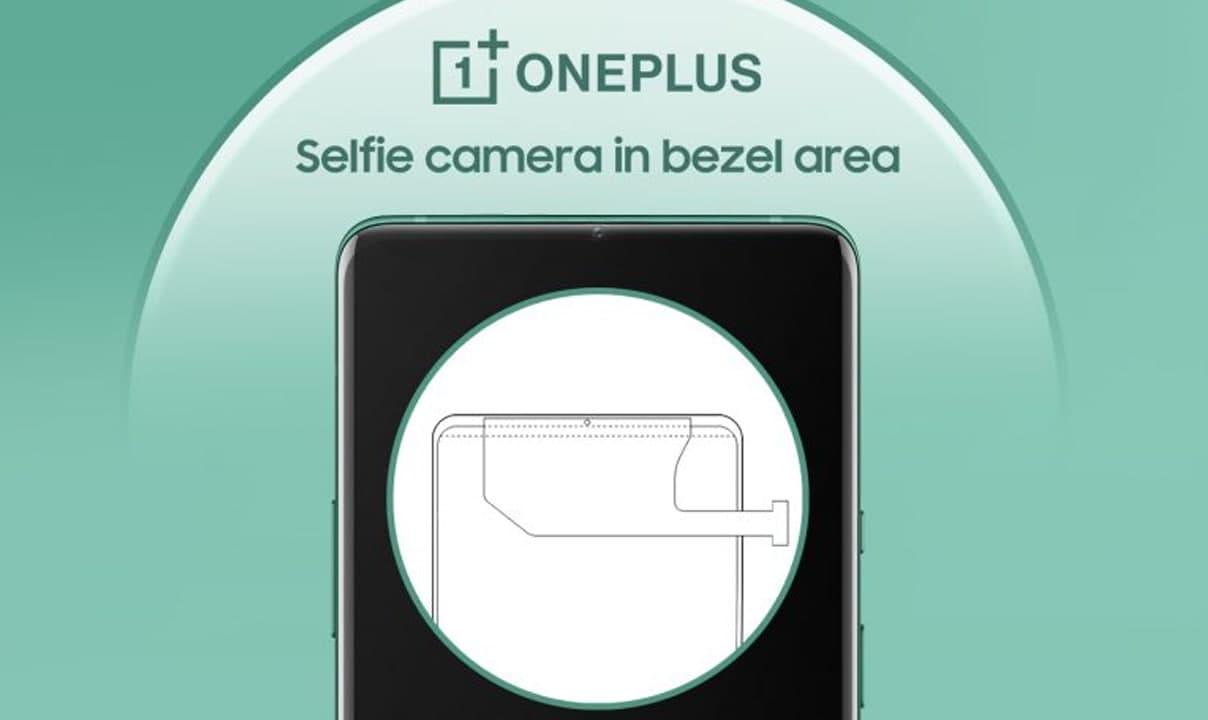 As OnePlus has already said that the company will go through many new changes this year, so we can expect that this new technology may arrive soon in the upcoming OnePlus phones. The company is currently working on this year’s flagship devices under the OnePlus 9 series that will be launched until March this year.

The new smartphones from the Chinese phone maker will come with many new changes and new technology such as the latest Snapdragon 888 SoC, new design, and equipped with Hasselblad camera. You can check every single leak, news, and rumors about this upcoming lineup here.