Qualcomm has unveiled its latest generation 5G modem that is an upgrade over the X60 modem used in the Snapdragon 888 SoC. The latest Snapdragon X65 comes with superior speed and support for up to 10Gbps.

The previous X60 modem offers a 7.5Gbps speed at max, however, there is no network until now that would provide this much speed. This fourth-generation 5G modem to antenna solution is the world’s first 10 Gigabit 5G and the first 3GPP release 16 modem-RF system.

This modem is designed to support the fastest 5G speeds which are currently available with fiber-like wireless performance and makes the best use of available spectrum for ultimate network flexibility, capacity, and coverage.

Along with the Snapdragon X65 modem, Qualcomm also announced the X62 5G Modem-RF System. It is a modem to antenna solution optimized for mainstream adoption of mobile broadband applications. 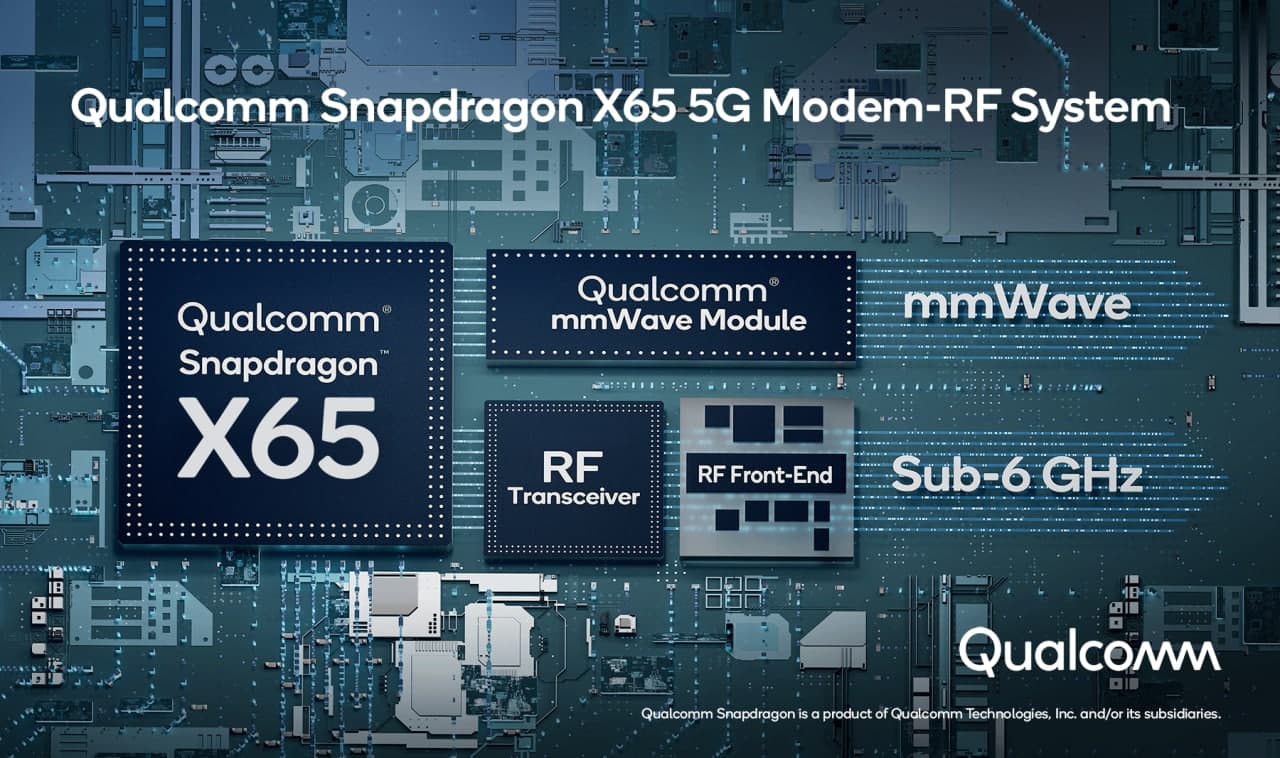 Qualcomm may unveil its next flagship processor in December this year which it does every year. The new SoC is a plus version of the previously launched CPU. Last year, the company launched Snapdragon 865+ after the SD865 and now it is expected that it will introduce Snapdragon 888 Plus chipset.

So, we can expect that the upcoming chipset might equip this latest X65 modem for faster 5G speed. Although nothing can be said as of now, the company could also use this modem with its other processors.

Samsung breaks its own records with the Galaxy S21 pre-orders