Samsung Display filed documents with the UK Intellectual Property Office (UK IPO) to register the Diamond OLED trademark, which belongs to the 9th class of devices. The brand can be used for monitors, displays for smartphones, TVs, tablets, and so on.

It is not yet known what product this updated OLED screen is for. Samsung’s current range does not include OLED TVs and monitors. However, rumors have been circulating for a while now that Samsung wants to change something this year. The company is reportedly developing a QD OLED TV and monitor.

The Elec recently announced that Samsung Display wants to start production of QD-OLED TVs in June. Allegedly, the company has already sent several prototype QD OLED panels to Samsung Electronics. There are also plans to build a prototype monitor with a QD-OLED screen. 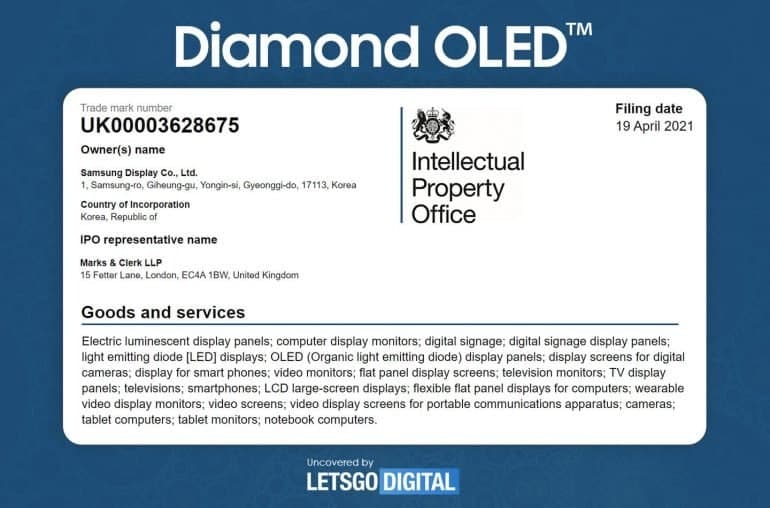 It is possible that the Diamond OLED trademark application is related to these new developments. Another possibility is that Diamond OLED will be used in the brand’s mobile devices.

Samsung smartphones and tablets are currently equipped with AMOLED screens. Perhaps Samsung has prepared an improved version of the screen. The trademark registration indicates that Samsung Display is involved in the development of new and improved display technologies.