So far, Xiaomi released Android 12 for some of the Mi 11 series and Redmi K40 series smartphones. At the same time, the tech giant is also testing other eligible smartphones internally and these devices are expected to get stable updates very soon.

Meanwhile, as per the new information by MIUI tipster known as xiaomiui, more Xiaomi phones are joining the list of devices that are being internally tested. The list includes many Redmi and Xiaomi phones, which are mentioned below. 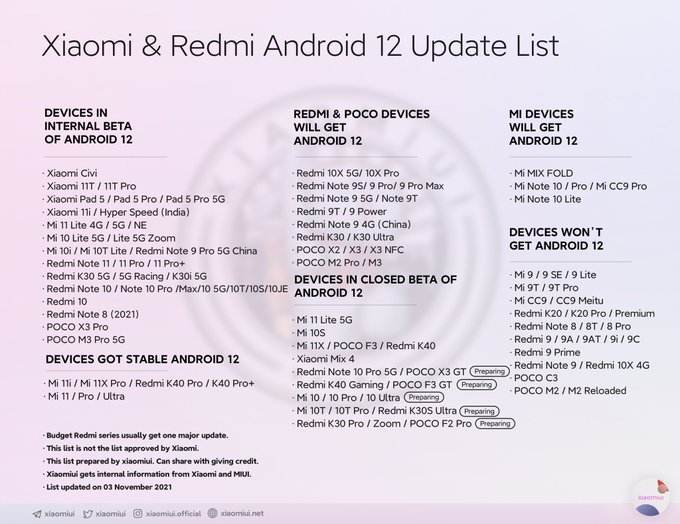 To be mentioned, internal beta means the update is currently under development. The company is not sure if the updates will work fine for the divices, thus, it tests some selected phones to test the update so that it will not harm the system when released in the stable version.

Also, these updates are strictly meant for developers only. They are likely to be very unstable for daily usage scenarios. Users are advised to exercise caution before flashing.