Google has recently released the Android 13 operating system. The new OS offers a bunch of new features as well as brings improvements to its existing features. One such feature that has been improved with the Android 13 version upgrade is smart home controls for devices from the lock screen.

The US tech giant continues to revamp the performance of its apps and user interface. It introduces the new features with its new versions to help you do more.

Google brought the shortcut on the lock screen for smart home quick controls with Android 12. But with the latest Android 13 operating system, the company has made it easier to access the smart home controls without unlocking the screen.

This feature is currently available for the Pixel devices but as soon as Android 13 rolls out for the rest of the Android phone makers, you will also get to experience this amazing feature.

Do you want to try this outstanding feature on your Android phone? For that, you just have to go to the Lock Screen section in the Settings menu. Then switch on the toggle.

Below you can check how to enable the smart home controls to feature on Android 13: 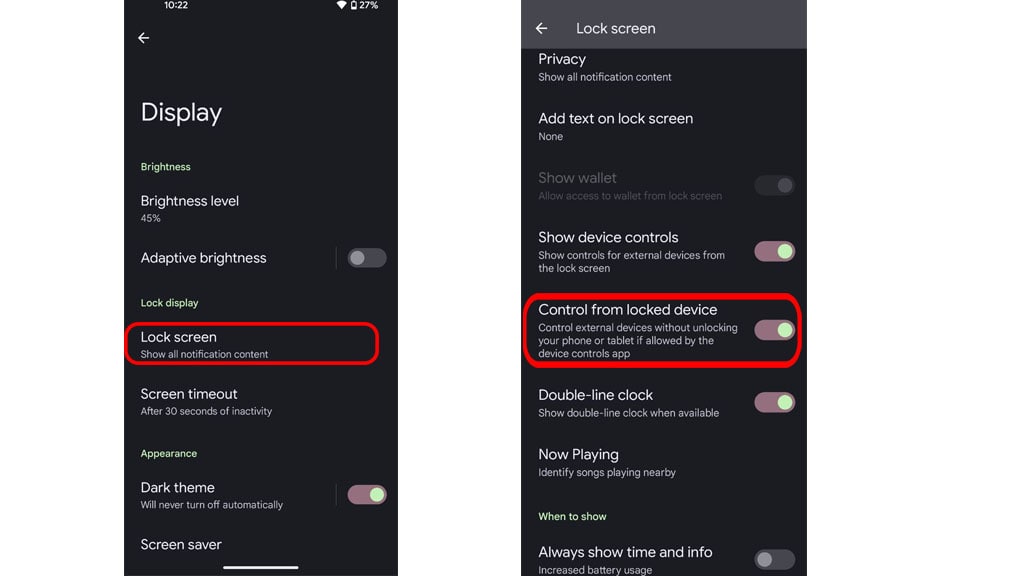 After turning on this setting you will be able to control the smart home appliances without having to unlock your phone.

In the previous software version, the toggle was present on the lock screen but users had to unlock the phone to use it.