Android 13 has made its presence and already exciting its users. Here in this article, I’ll share my experience with the Android 13 theming feature.

Now let’s talk about the themed icons, it is the advanced version of the last year’s Dynamic theme feature powered by the Material You Android design library.

Be mentioned, themed icons were already present in the Android 12 OS. But Google brings the more polished version with the latest Android 13 software.

Elaborating on some crucial details of Android 13, themed icons give a uniform look to the icons.

In the latest software version, the theming is not limited to just Google Apps but to all the icons. It lets the users opt for the icons that inherit the tint of their wallpaper. The theme looks better than the Android 12. It has now 12 color pallets while the previous software has only 8 color pallet options.

Notably, this feature makes the display look more beautiful and attractive as can be seen in the screenshots below. 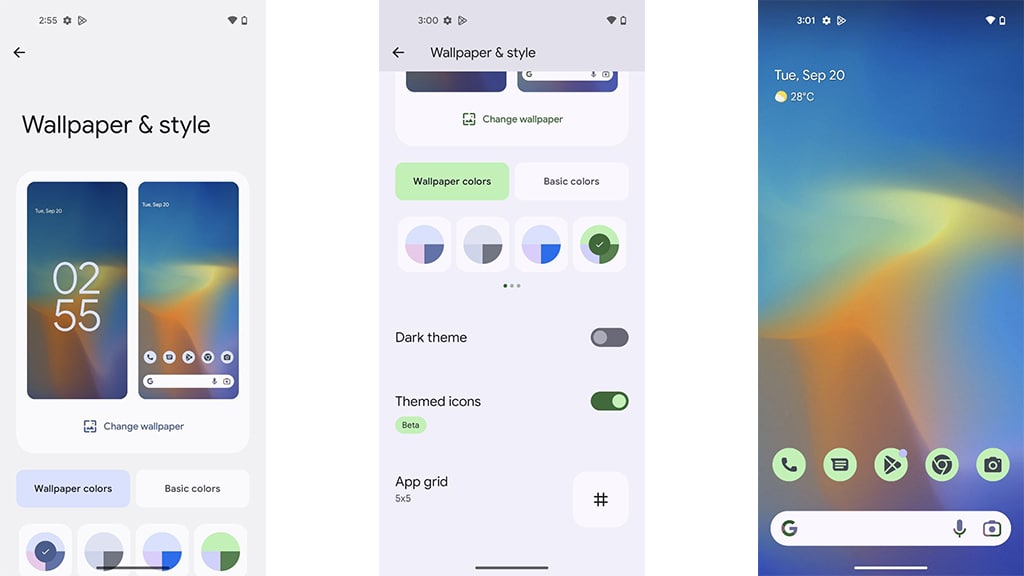 Google will shortly cover the Android devices with the stable Android 13 rollout. As soon as the stable version reaches your Android phone upgrade your software to the latest version to improve the experience.