With the launch of the iPhone 14, Apple brought an extremely sophisticated feature called Always on Display. This move of Apple was very surprising for many as it was not expected from them. Now new customization is been added to this feature.

Apple is running its iOS 16.2 beta with lots of new features and fixes, recently, the third beta is been released, which brings major changes to the all-new Always on Display. Simultaneously, it also fixes some common bugs and issues that the users were facing. 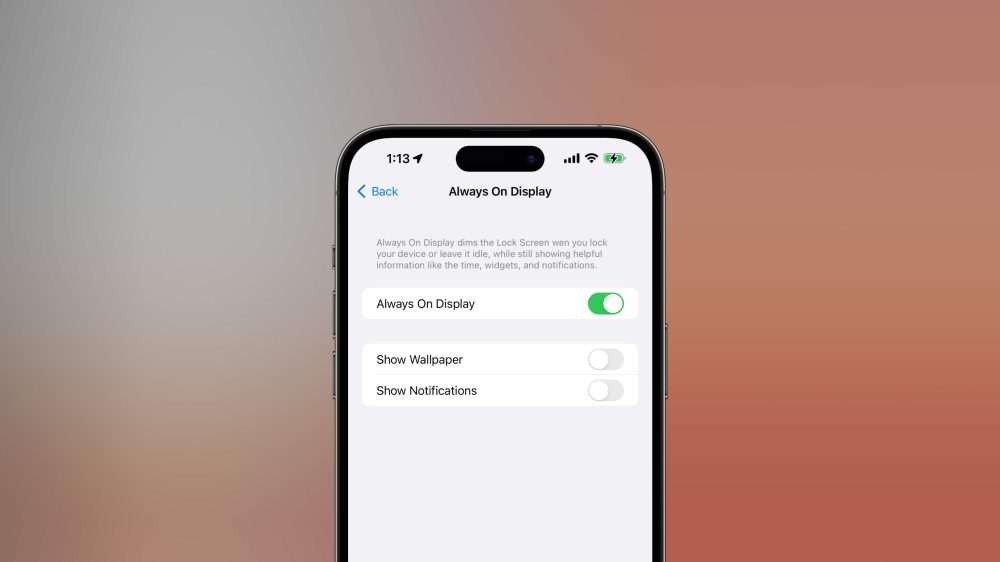 Secondly, you will see an option of show notifications, this will let you keep your AOD screen neat and clean, to give your phone a most satisfactory look. You can any time turn it on and off with the help of these new options coming with iOS 16.2.

Notably, these new options have been added because some iPhone 14 Pro and iPhone 14 Pro Max users were facing problems because of a dimmed version of their wallpaper with notifications at the bottom. But now with this beta update, the problem has been fixed.

By toggling off the wallpaper and notifications features, your iPhone 14 Pro’s Always-On display will show a pure black design alongside your Lock Screen widgets and the time. Just like the Android phones Always on Display do.

To find these options in your iPhone 14, just go to the Settings app, then to the “Display and Brightness” menu. In this menu, tap on “Always On Display” and here you will notice two new options which are Show Wallpaper and Show Notification.