Introducing new iOS 16 software for the iPhones isn’t that easy, as the new version of iOS was released a month ago and till now the company is working to fix its issues and maintain its feature customization through the update. However, Apple recently released iOS 16.0.3 update for all eligible iPhone users.

Well, iOS 16.0.3 comes with various improvements, which include additional bug fixes and performance improvements for the notification, the camera app, and more. However, the update is for eligible users and you should install it to experience new important fixes and tweak in your iPhone.

The Apple iOS 16.0.3 version released mostly addresses issues with the iPhone 14 series, which was to be expected. The devices just went on sale, and the iPhone 14 Pro variants have some fairly serious software bugs. And the best part is all these issues can be fixed through the software update only.

Additionally, the update improves the low microphone volume that occurs during CarPlay phone calls on iPhone 14 models and also brings fixes for the Mail crashes on launch after receiving a malformed email. 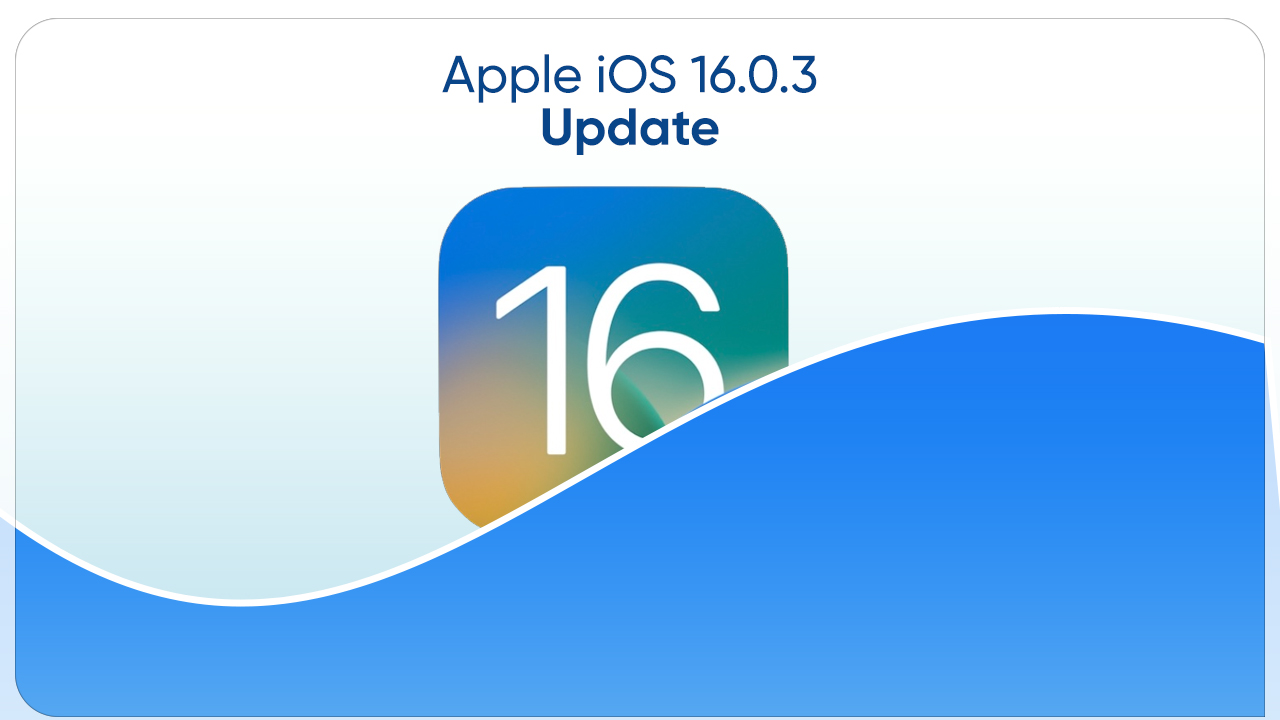 Below you can check the complete changelog for the iOS 16.0.3 version:

Open the Settings option on your smartphone, tap on the General section from Software update give your iPhone a few times to refresh the page. Hit the download and install key when iOS 16.0.3 build appears. Simply agree to the terms of services after careful reading. Do note that updates your phone only using an unmetered connection.