ColorOS 12 has been officially released recently, and OnePlus has also announced an upgrade public test plan for its smartphones. OnePlus 9 and OnePlus 9 Pro will be the first devices to test Android 12-based ColorOS 12 public beta.

1. The OnePlus 9R public beta is expected to be in January 2022, and it is based on the Android 12 version.

2. Due to the increased difficulty of data compatibility and huge workload of Hydrogen OS 11 to ColorOS 12, in order to keep the key data of users as much as possible, and the most convenient way to upgrade, the ColorOS 12 upgrade of the OnePlus 8 series and OnePlus 7 series phones will take a long time. 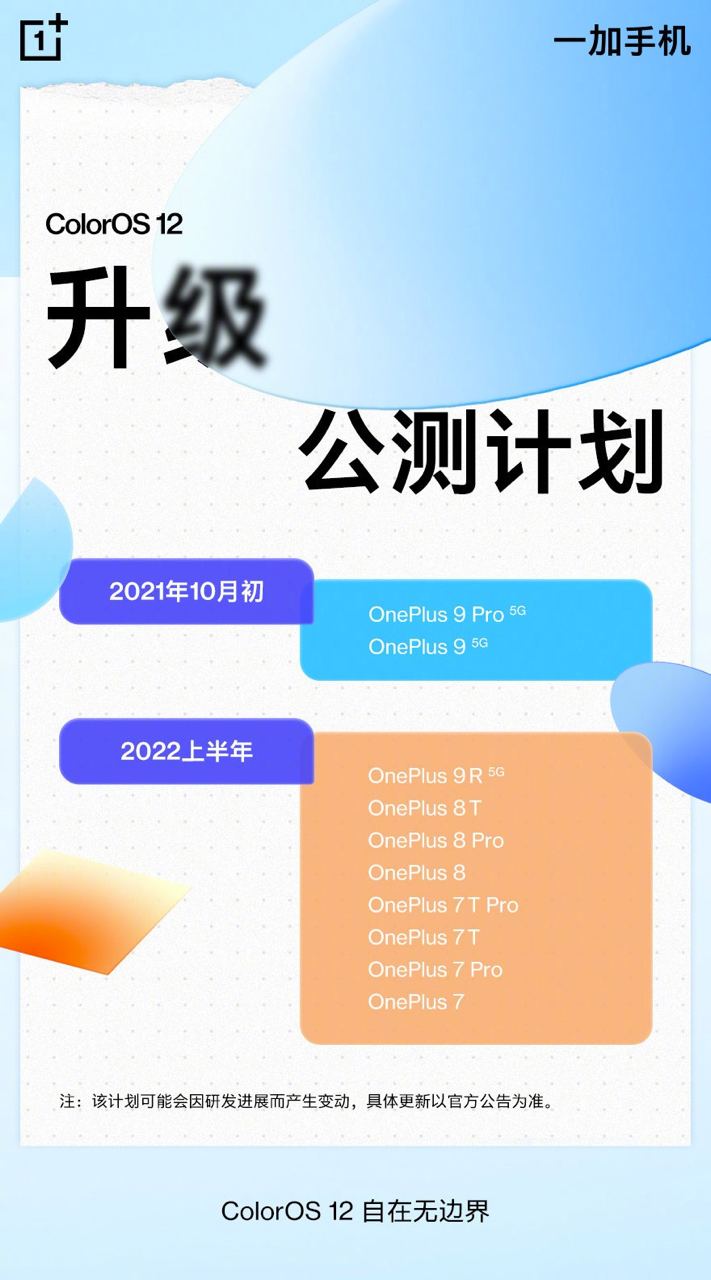