In early April, Oppo started Android 12-based ColorOS 12 beta testing for the Oppo F19 & F19s. Almost two months later, these smartphones are now released with stable updates. Following the shared schedule for May, Oppo has started rolling out the ColorOS 12 stable update for the above handsets.

Starting today, Indian OPPO F19 & F19s smartphone users will be able to download this update. As per the official announcement post on Oppo Community, the update comes with firmware version C.09 for both handsets.

To be noted, please back up important data on the phone before updating to avoid data loss due to incompatibility or other unforeseen circumstances. After updating to the latest version, the operating system will perform a number of actions to optimize your device automatically. 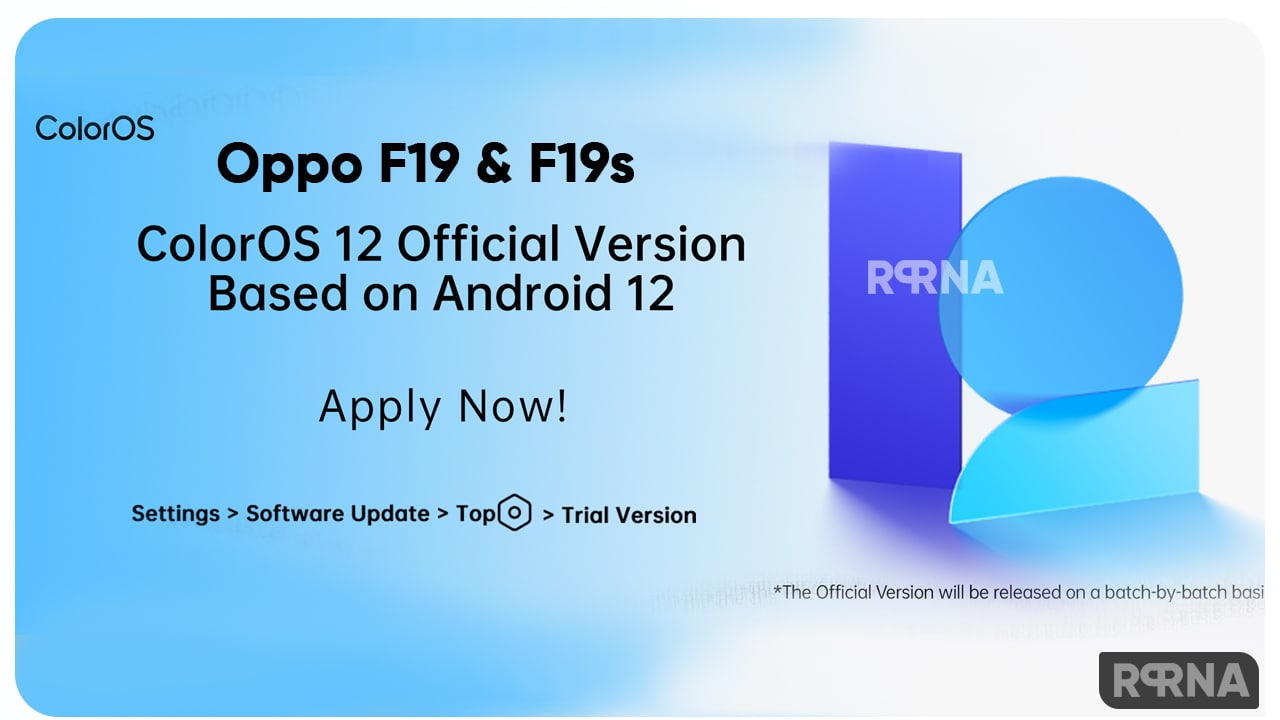 This can cause your device to overheat, lag, and drain the battery rapidly. We recommend that you turn off the screen and charge your device overnight after its successful update. Or keep using the device and it will be back to normal in a few days.

In addition, some third-party apps are not compatible with Android 12. Therefore, updating these applications may not be available or there may be technical issues on your device including lagging and crashing.

The official version of Oppo F19 ColorOS Update is released, you can get it in 2 ways by the following steps: