Just download the latest September 2022 security patch on your Huawei Nova 9 SE to experience the smooth operation of your smartphone. Notably, the update is currently rolling out in the European market.

Meanwhile, Huawei releases the security and major firmware in batches, it may take time to reach you. Just check wisely for the update through the Setting of your smartphone, launch the Setting app, then the Software update, and from here System update. If the update is pending hit the Download and install key. 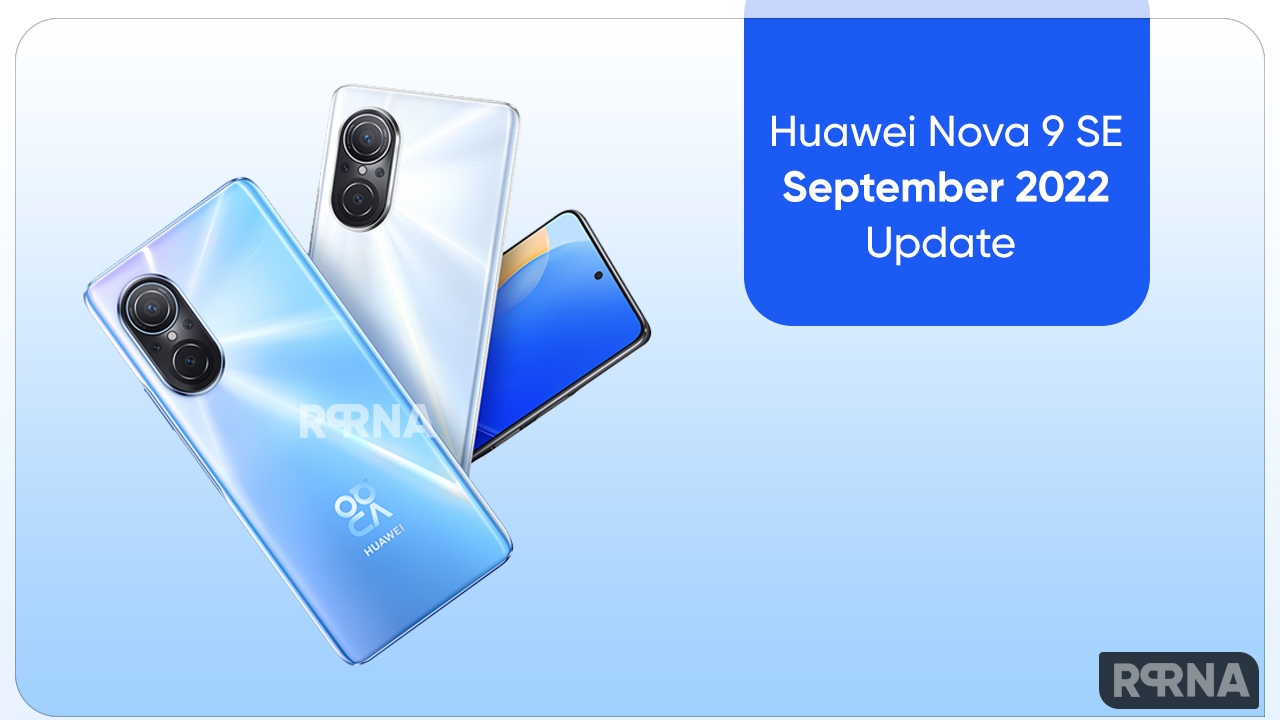 Let’s explore the Changelog and other important details of the update:

The September 2022 security update for the Huawei Nova 9 SE mainly integrates the EMUI September patch fixes to encounter the bugs and issues in the current version. Users can identify this update through EMUI 12.0.1.175 (C432E2R3P1) build version.

However, to experience all the fixes and improvements in your Huawei Nova 9 SE smartphone, you have to lift approx 342 MB of data to download and install it. Do note that after successful installation of the update don’t forget to restart your device.

Are you to experience the upcoming EMUI 13?

Huawei has now officially confirmed that the global Huawei smartphone users can get a taste of the new interface, features, and many other fixes through the major EMUI 13 version soon. Most probably, the new software acquires the feature of HarmonyOS 3.

Well, it’s not sure yet, but we can expect EMUI 13 to bear HarmonyOS 3 features as the previous EMUI 12 also have similar features to the HarmonyOS 2. Well, the company is still working on EMUI 13, we have to wait and see the next step Huawei. Till then just enjoy this September 2022 update.