Huawei has finally announced the first stable rollout of the HarmonyOS 2.0, which was under beta testing until now. The company listed its 18 topmost devices for the first stable release. It is available for flagships including Huawei Mate 40, Mate 30, P40, Mate X2, and MatePad Pro devices.

The HarmonyOS 2.0 was launched on June 02, 2021, as Huawei’s self-developed operating system to replace Android-based EMUI. It brings a bunch of features such as a new home screen, service widgets, control panel, service center, smart folder, and much more.

Just after the official announcement, Huawei covered its 28 most eligible devices in the first phase of beta testing including smartphones, tablets, and smart screens. And now, Huawei finally begins the stable rollouts of the new HM OS, and more devices that are under beta testing will join soon.

You can check below the list of those 18 Huawei devices that are eligible to receive the first stable update. The listed devices can directly download the stable version that will arrive over the air or check manually in the software update section.

Furthermore, Huawei has also announced the HarmonyOS 2 closed beta program for 12 Honor devices which comes earlier than scheduled. The company seems to speed up the process of beta testing and the eligible Honor devices will soon be able to participate in the beta testing in China. (Read more) 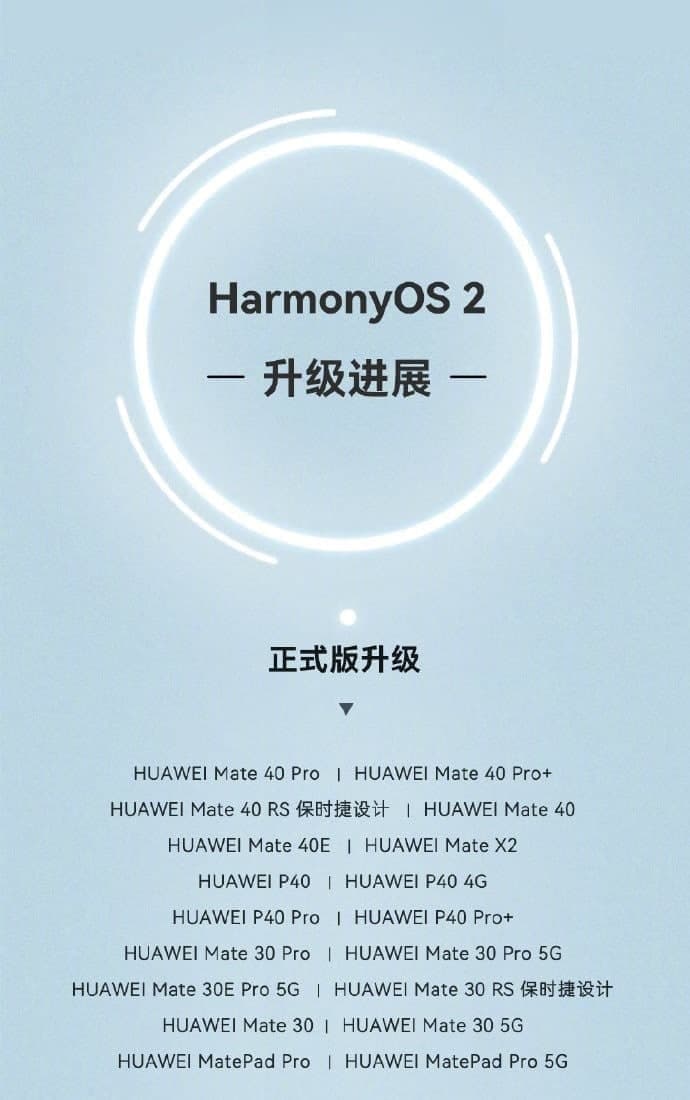