On June 02, Huawei launched its new operating system called the HarmonyOS with a bunch of new features and extraordinary capabilities. It enables cross-device experience and the capabilities to control a different device using one.

The HarmonyOS is currently rolling out for a select number of Huawei devices including the flagships Mate 40, P40, and MatePad Pro. Moreover, the company will soon expand it to other eligible devices soon. Huawei plans to install the HarmonyOS in more than 300 million devices.

Huawei’s aim and expectations from this new operating system are quite high and the company also wants this OS to reach every other third-party smartphone. Huawei’s ambition with HarmonyOS can be justified with its logo and the deep logic behind it.

The name Harmony originates from the word ‘Hongmeng’ that has a deep meaning in Chinese terms. It says ‘primordial chaos or the world before creation’ it also means, ‘beginning after chaos’.

What ‘O’ and the underlined dash denotes?

There might be questions in the mind of the users regarding the new logo of the HarmonyOS. The HarmonyOS UX developer itself clarified some things about the HarmonyOS name and its boot animation.

Huawei made the O of HarmonyOS inspired by the sunrise. In-depth, the Chinese character ‘Dan’ first appeared in an ancient oracle and its original appearance is derived from sunrise on the horizon. 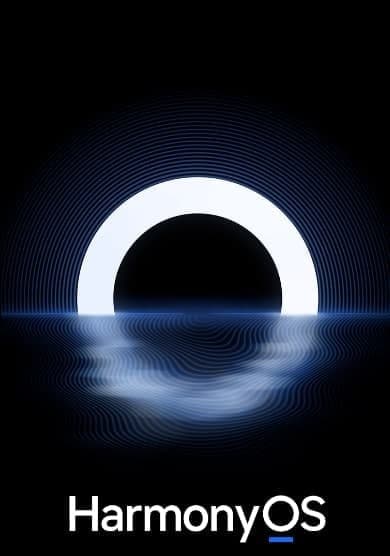 According to the Chinese ancient methodology, the HarmonyOS logo suggests an opening between heaven and earth. With the rising light, it shows the end of darkness.

What does the horizontal line depict?

Huawei has decided to finalize the HarmonyOS trademark but it incorporated the implication of Chinese style, which perfectly describes the Chinese and foreign ideologies.

Huawei Nova 5, Nova 5i Pro and Nova 5z getting May 2021 security update