Huawei has reintroduced the Smart Battery Capacity feature in the phone suggest some users. This feature is already available on EMUI devices and was initially in HarmonyOS builds. The user suggests that this feature was deprecated midway due to some issues and now it has been restored.

The HarmonyOS Smart Battery Capacity Mode is available under the Battery settings. Once enabled, the battery will stop charging just before its actual peak capacity. Though this action reduces how long your device lasts on a single charge, the battery life span gradually increases, providing you a longer battery backup.

Here you can find the Smart Battery Capacity after Stay Connect While asleep, and Smart Charge. After enabling it you can, your device will measure the battery usage and optimize your phone’s battery use case to provide a long battery backup. 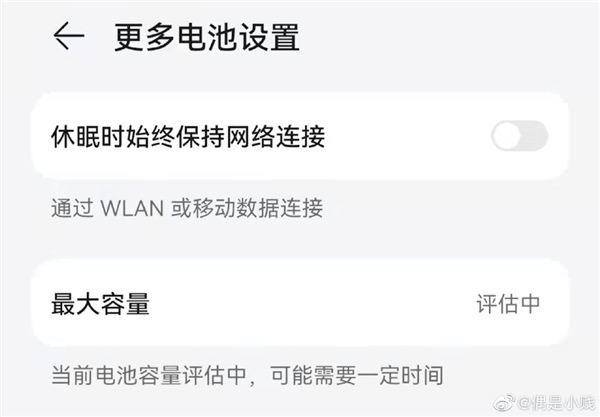 Huawei HarmonyOS 2 launched on June 2 and made its way to smartphones as well as provide a seamless user experience with its range of new features. Aside from the new UI and Animations, the software also focuses on battery efficiency and lower power consumption.

In terms of performance, Huawei has made a lot of optimizations on the bottom layer of HarmonyOS 2, which has increased the performance by 42% while saving more power.