On 23rd November, Huawei has officially announced the device list that will install the HarmonyOS 2.0 stable update in December 2021. This list includes a total of 12 Huawei models from older flagship such as P10, and Mate 9, while the rest 4 belongs to its former subsidiary Honor.

Reportings of HuaweiCentral informs this could be the late batch of HarmonyOS 2.0 stable rollout for the devices still running on beta software. Until now, the company has covered almost every device including smartphones and tablets that are eligible to get the HM OS features.

Besides, the flagship devices shifted over HarmonyOS 2.0 start getting new features making them more advanced. As of now, you can check the list of 16 Huawei and Honor models that will receive stable HarmonyOS 2.0 at the start of December. 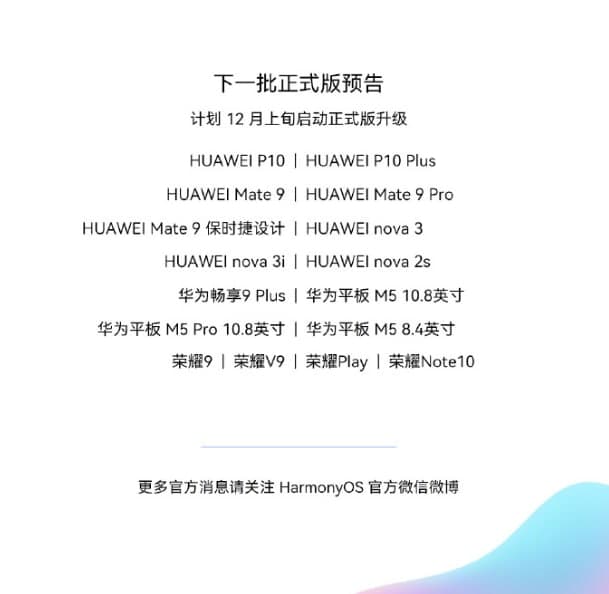 At first, the Chinese tech giant plans to upgrade about 100 million Huawei devices including this party application before the end of this year. Surprisingly, it won’t take HarmonyOS to cross over 100 million installations, which is now counted over 150 million to date.

After this huge accomplishment, the company further set its goal to 200 million HarmonyOs 2.0 update with the deadline marked before 2021. Even so, Huawei isn’t releasing the HarmonyOS 2.0 in the global market, the HM OS-inspired EMUI 12 beta release is taking place in European markets.