Will Huawei launch the HarmonyOS 2.1, Check the facts

Huawei consumers are waiting for the next HarmonyOS version and with this pretty fast speed of the company, it doesn’t seem to be impossible. In this line, a new HarmonyOS 2.1 version caught the news headlines which isn’t launched yet. Now the question is,  will there be the HarmonyOS 2.1? Let’s look at some of the important facts.

Huawei Nova 9 series comes with HarmonyOS 2.0.1 and it’s the first Huawei phone to do so. Thereafter, the main candidate for the HarmonyOS 2.1 was the standard P50. This phone is equipped with a new camera design and hardware capabilities as well as Snapdragon 888 processor but it also comes with the same HarmonyOS 2.0.1 version. 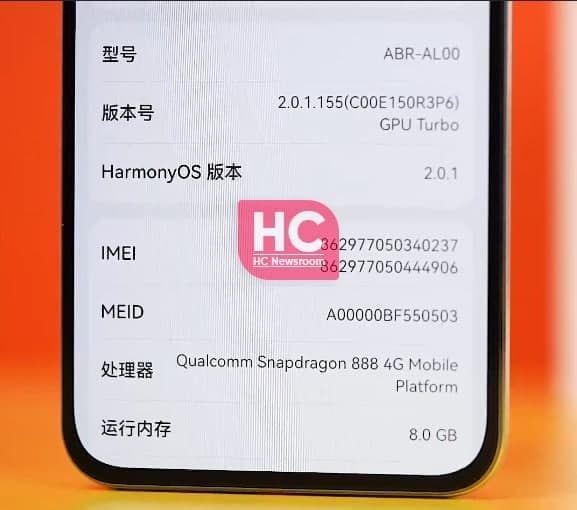 Despite the current reality, Huawei P50 was spotted on TENAA with HarmonyOS 2.1, which is not a coincidence. Tipsters also mentioned that a set of new major features will be there on a new P50.

The next chapter of HarmonyOS will begin with the 3.0 version, and the company will unveil this software at Huawei Developer Conference 2021 (HDC 2021) on October 24. HarmonyOS 2.1 was expected to come with brand new features and improvements over the HarmonyOS 2.0.

However, more information about this launch is yet to come. Meanwhile, a report suggests that this new HM OS version will provide performance that is greater than the upcoming MIUI 13 and Flyme OS 2.0. Both of these user interfaces will run on Android 12.

The answer is – Yes! There’s no HarmonyOS 2.1 for now. Still, there could be anything is waiting for us to unravel in the coming months. It’s also possible that the Chinese tech giant sends this update for the older variants of Huawei models that have just begin to upgrade over the HarmonyOS 2.0.

Afterward, if the company wants to pursue this path then it could release the new features with HarmonyOS 3.0, which makes sense and will bring more joy for the existing HarmonyOS users in the Chinese market.