Huawei Nova 5T June 2021 update has now begun rolling out with new security improvements and brings stability to the devices. This update can be identified with the EMUI version 11.0.0.165 and will take around 180MB of data to download.

Huawei’s Nova 5 series devices were one of the top-selling phones of all time that arrived with a bunch of features at a decent price range. It is currently running the latest EMUI 11 version and is eligible for the HarmonyOS 2.0.

However, the company is currently rolling out its new operating system in China and it will soon release a full-proof plan for the global users as well. In the meantime, they can improve their device’s security by installing the June 2021 update.

The security patches have their own importance on any device as it prevents any external threats which can affect the privacy. The Nova 5T users should know that this security update has been releasing in batches and may take time to cover every device. 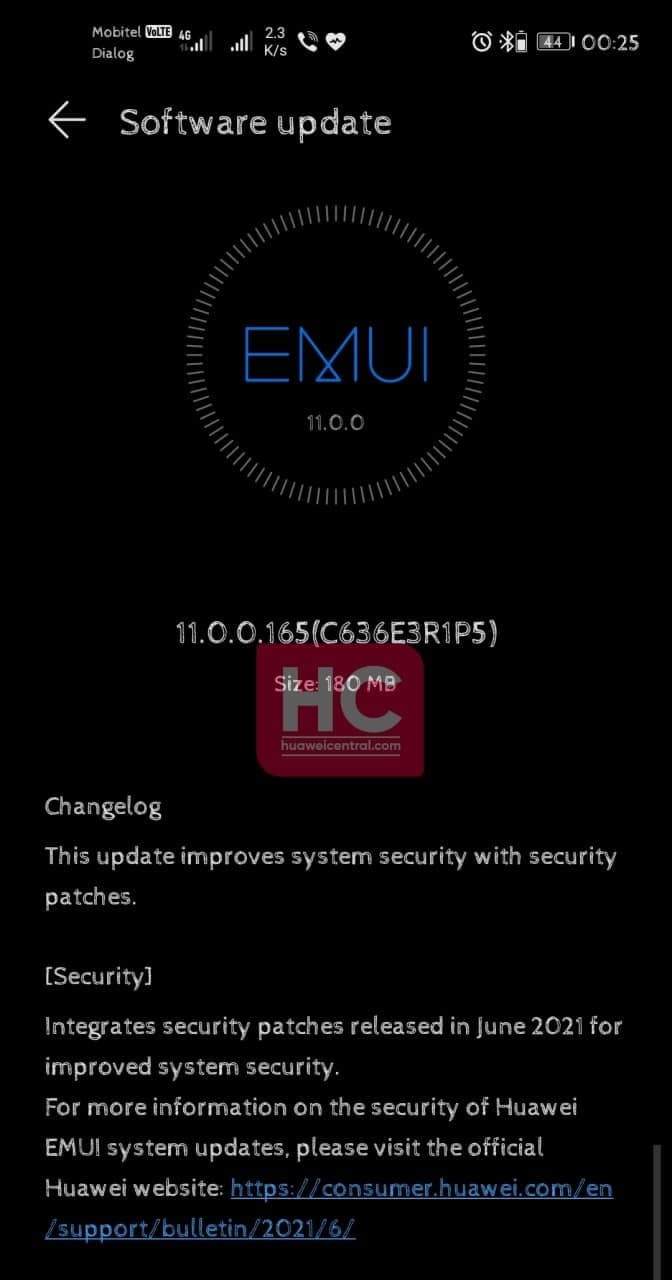 The HarmonyOS update rollout is currently underway for Chinese users, while Huawei fans outside China are still waiting for this new software to hit their phones.

Though the company has not yet announced anything regarding this and we expect something to come up soon. As the global Huawei users are now becoming eager with the passing days.